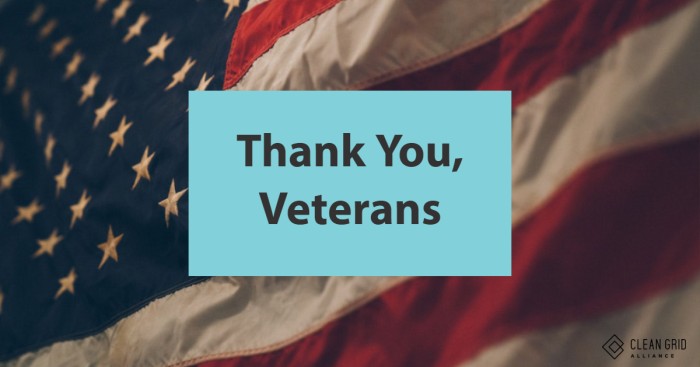 November gets a little lost in the shuffle.  It falls between the spooky fun of Halloween and all the build-up and excitement around Christmas. It’s a quiet time, actually. The weather calms and we wait for the first lasting snowfall. The leaves are gone.  It’s a time of anticipation, but more importantly, it’s a time for reflection, and to give thanks. November 11 is Veteran’s Day.  This is a day to honor and thank our great military veterans for their selfless service to our nation. And, of course, Thanksgiving Day is our national day of thanks. We have much to be thankful for here in America. We enjoy freedoms that are unmatched anywhere in the world; and we have our founding fathers and our military to thank for that.

The American wind industry is very proud and thankful to the many veterans that work in the industry. Veterans are hired at a rate 67 percent higher than the average U.S. industry. That’s because the skills these men and women learn while serving our nation include teamwork, technical knowledge, dedication and a sense of purpose, all of which make them ideal candidates for wind jobs. And, wind is a growing industry with lots of opportunity. In fact, the American Wind Energy Association announced that in the third quarter, total installed wind capacity surpassed 100 gigawatts. This is a major milestone for the country and the industry, and there’s more development coming.

We wish to thank all our military veterans, and those who now work in the wind industry. Here are just two who continue to serve their country by helping deliver clean, home-grown wind energy. 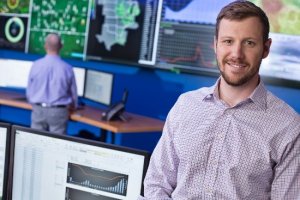 Daniel Wetzel served as an artillery officer in the U.S. Marine Corps before transitioning into a renewable energy career as an asset manager at Apex Clean Energy in Charlottesville, Virginia—a move he found familiar and rewarding.

Growing up in Houston, Texas, surrounded by oil and gas, Wetzel was exposed early on to the energy industry. This exposure, coupled with his time in the Middle East, piqued his interest in identifying a domestic, renewable energy source for the United States.

Wetzel’s first deployment, as a forward observer with the 26th Marine Expeditionary Unit (MEU)—he describes it as “the world’s 911 service”—helped shape the work he does today. Later, as a battery executive officer, he led 150 Marines, all with varying duties—which proved to be useful training for his current role at Apex: on a day-to-day basis, he works closely with colleagues across the company’s land, legal, accounting, operations, engineering, and regulatory compliance departments.

Over his nine years in renewables and five years at Apex, Wetzel has been challenged to think creatively about how he and his colleagues do business. Transitioning out of the Marines wasn’t an easy task, but working in an environment like Apex’s Remote Operations Control Center (ROCC) has helped the adjustment. The asset operators’ 24/7/365 shift schedule is a familiar one to Marines and veterans, who are trained at every rank in situational awareness and to stand watch on post for hours on end. Wetzel’s time in the ROCC has also exposed him to all aspects of wind and solar energy, resulting in a deep knowledge that—along with the problem-solving skills he brings from his time in the service—has been imperative to his success.

“Veterans tend to have the mindset that if they see a problem and they don’t have a set procedure for it, they’re not going to just throw their hands up in the air; they’re going to continue to work around it and troubleshoot and go outside of what they are typically supposed to do in order to solve the problem,” says Wetzel.

Wind energy employs veterans at a rate 67% higher than the average industry. The Apex team—the entire company, not just at the ROCC—is veteran-led, including its CEO and COO, and the leadership style is familiar and full of comradery. Wetzel himself has helped bring six veterans into the renewable energy industry’s ranks, and he encourages all service men and women to consider the wind sector for their careers. 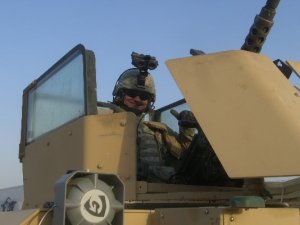 John joined Geronimo in 2019 as a Project Engineering Manager. In this role, he is responsible for the engineering aspect of projects both in development and under construction. In addition, he has served in the Army Reserves for 17 years and is currently serving as an instructor. During his time in the military he was deployed to Iraq in 2006-2007 and again in 2008-2009. While there he did supply convoys and convoy security. Prior to joining Geronimo Energy, John worked at Xcel Energy as an Electrical Engineer where he got his start in renewables as part of the wind farm construction management team. John grew up in the small town of Brandon, MN and still returns there often to spend time at the lake. He graduated from the University of Minnesota with a B.S. in Electrical Engineering and from MSCTC in Wadena, MN with a Construction Electrician Diploma. John is a registered Professional Engineer and a Master Electrician.