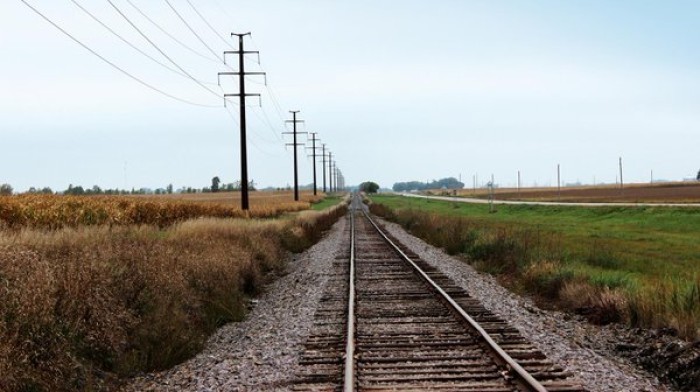 Across the country, large corporations, utilities, and ordinary folks have embraced clean energy – and for very good reasons; but there is still not a lot of love for the transmission needed to bring renewables to the grid.

The United States has a long history of building energy infrastructure to better serve our energy needs.

Over a century ago, we built railroads. These didn’t just transport grain and other goods to new markets, but were (and still are) used to carry coal across the country, which helped power our nation for more than a century. Next, we began building pipelines to transport natural gas to heat homes and provide electrical power.

Now, in the 21st century, upgrades to our transmission infrastructure will maximize our ability to tap into our world-class wind energy resources.  And the timing couldn’t be better. Last year, wind was the largest source of new electric generating capacity, with more coming online than solar or natural gas.

It has been more than a generation since many transmission projects were developed, so it shouldn’t be surprising that we need to upgrade our transmission infrastructure to improve reliability and to carry more of our modern-day resources — renewable energy.

Utilities, and even large corporations, are moving from relying on traditional fuel sources to more renewable energy because it is cheaper, cleaner, and stimulates the economy. Unsubsidized wind power is at an all-time low cost of $32-77/megawatt hour (MWh), compared to $52 to $78 MWh for natural gas (combined cycle) and $65 to $150 MWh for coal, according to a study by the independent asset management firm Lazard. Utilities have already begun increasing their renewables, and these decisions have kept more money in ratepayers’ pockets.

For example, Xcel Energy, the nation’s largest utility wind power provider, plans to add at least 1,800 megawatts of wind power in the upper Midwest through 2030. Chief executive Ben Fowke  explained that, “Investing in wind energy is very beneficial for our company and our customers, as prices today are competitive with new natural gas generation. . . . [w]e have been able to efficiently integrate higher levels of wind energy into our system and deliver even greater value to our customers.”

In addition to saving consumers money, wind power also employs a record high 88,000 Americans in good, family-supporting jobs. A study by the U.S. Department of Energy realistically projects that the U.S. wind industry could employ 380,000 Americans by 2030.

In an age where we are more plugged-in to our devices than ever, the need for reliable electricity is becoming increasingly important, and the desire for that energy to be clean is as important as its cost.  According to the Midcontinent Independent System Operator (MISO), the electrical grid operator of the Midwest, improvements in forecasting and market mechanisms allow wind power to be added reliably to the electrical grid.

The fact is, the wind is always blowing somewhere in the United States. So having a robust, integrated electric grid allows that energy to be delivered to where it is needed each and every day.

Work is already underway to build the transmission infrastructure necessary to power our renewable energy future. Clean Line Energy Partners has five high-voltage transmission projects under development that will deliver 16 gigawatts of renewable energy from the windy regions of the mid-section of the country on 2,000 miles of new lines. Just one of these projects, the Plains & Eastern Line, will carry more electricity than four Hoover Dams.