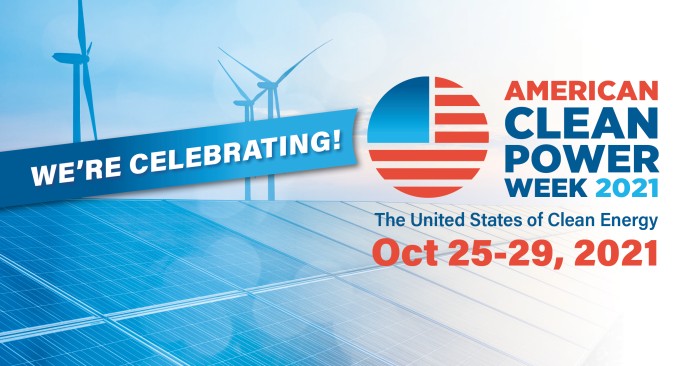 This week, the renewable energy community is celebrating the first ever American Clean Power Week, a nationwide celebration of clean energy and the good-paying jobs the industry creates for Americans across all 50 states. Renewables are powering homes and businesses, creating jobs, investing in communities, reducing costs for consumers, and helping to reduce carbon emissions across the nation. 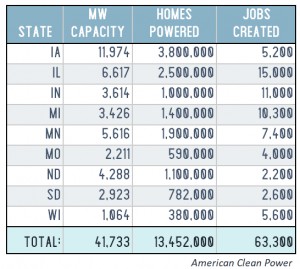 Clean energy including wind, solar, and energy storage–is growing in the Midwest and delivering opportunities for workers in the MISO (Midcontinent Independent System Operator) states, while providing clean power to communities across the region. The MISO states currently have a combined solar, wind, and storage generating capacity of 41,733 megawatts (MW). Among the MISO North states, Iowa has the largest generating capacity with 11,974 MW. As a result, it produces enough energy to power 3.8 million homes. In job creation, Illinois takes the lead. The clean energy sector provides good-paying jobs to 15,000 Illinoisans.

From cities to farms, the clean energy industry powers more of the United States every day. Two-thirds of the states in the country have at least one gigawatt of operating wind, utility-scale solar or battery storage power capacity. In the MISO North region, all the states, newly including Wisconsin as of the third quarter of 2021, have met this milestone. In the MISO footprint alone, renewables have created 63,300 jobs so far. Nationally, the clean power workforce is 415,000 strong, represented in all 50 states. According to the U.S. Bureau of Labor Statistics, employment as a wind technician or solar installer are two of the country's fastest-growing jobs, providing opportunities for Americans to build a future for themselves and their families.

Turning on the lights for millions

According to American Clean Power Association (ACPA), there are 186,674 MW of clean power capacity operating across the nation, more than double the capacity just five years ago. The result? More than 52 million homes can be powered with electricity generated by wind and solar in the United States, a number that continues to climb. These millions of American homes are just the beginning; clean energy provides a variety of benefits to consumers all across the United States.

Powering up the U.S. Economy

Clean power substantially contributes to the economy. The industry has invested more than $360 billion in the U.S. since 2005, with more investment occuring regularly. Additionally, clean power projects have provided $904.7 million in land lease payments to farmers, ranchers, and other private landowners. Clean energy continues to grow; In 2020 alone, 26,490 MW of new clean power plants were brought online, representing roughly $39 billion dollars in project investments. As the clean energy industry expands, not only will we power our lives and our economy with environmentally-friendly electricity, but in doing so we are becoming the United States of clean energy.

Madelyn Smerillo is a Senior Policy Associate at Clean Grid Alliance, working as the staff contact for Minnesota. She also handles research, multi-media, and external communications for the Advocacy Team.