Capital Investment in Renewable Energy up 70% Nationally Since 2017 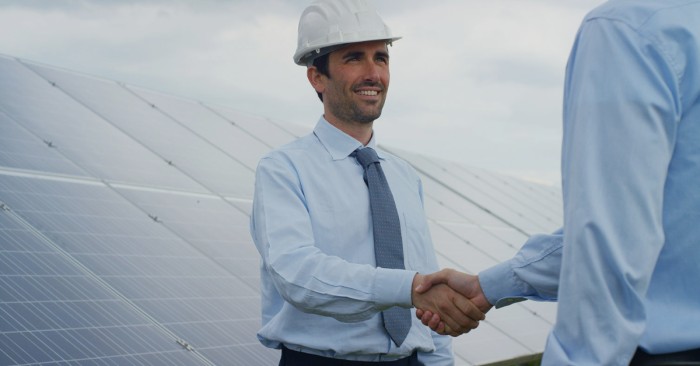 Renewable energy demand in the United States is growing, and the Midwest states are stepping up to meet the need. As companies and governments emphasize their sustainability and carbon reduction goals, capital investments in renewable energy are increasing, with billions of dollars invested each year. Let's dive into the details about what's driving clean energy investments and how far we've come in meeting our goals. 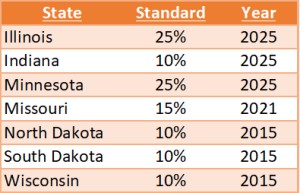 Each state in the Midcontinent Independent System Operator (MISO) North footprint has established some form of a Renewable Portfolio Standard (RPS). Such policies were designed to boost the amount of renewable energy utilities would procure and provide to consumers. Multiple states have established goals for renewable energy sources, while others, including Iowa and Michigan, have utility-specific requirements or megawatt thresholds to meet.

Recapping the Midwest's progress thus far, Wisconsin and Missouri fell significantly short of their goals, North and South Dakota have already met their established standards. Minnesota and Indiana are quickly approaching their goals for 2025, but Illinois is substantially behind its anticipated benchmark. 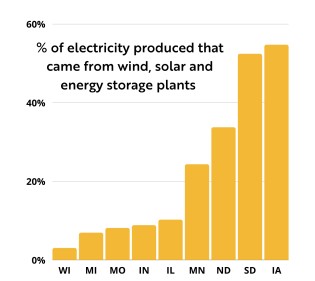 Though different from legally-binding RPS standards, the Iowa Environmental Council announced last year that it hopes to see 100% clean energy in the state by 2035. This is an ambitious goal, but according to the American Clean Power Association, Iowa already gets 54.7% of its electricity from renewable energy sources, which boasts a whopping 12,334 MW of operational clean power capacity, 697 MW of which were installed in 2021.

However, states aren't the only ones making a commitment to renewable energy. According to the Business Council for Sustainable Energy in their Sustainable Energy in America 2022 Factbook, a total of 351 companies have pledged to procure 100% clean energy. And it's not all talk. Many companies have made good on their commitments, signing clean energy procurement contracts for 17GW in 2021.

The goals set by both state governments and companies provide guidance for regulatory bodies, utilities, and independent power producers about how much more renewables are needed. Renewable Portfolio Standards mean little if the projects don't -- or can't -- get built. Overcoming siting barriers is an effort that involves parties from across the energy sector, including developers, government agencies, local communities, and substantial assistance from NGOs, but that's a topic for another day. 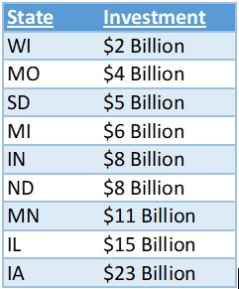 Across the nation, capital continues to flow amply into states for renewable energy development. According to the BCSE factbook, capital invested in renewable energy has grown 70% in the last five years, and progress is ramping up. In 2021, "a record-breaking $105 billion in new capital went into new U.S. clean energy assets." This is an 11% year-on-year jump.

According to the American Clean Power Association's Fourth Quarter 2021 report, the MISO North states have seen investments of over $82 billion in solar, wind and storage projects to date. These investments have created jobs, stimulated local economies, and progressed our communities toward a more sustainable future. The report further states that in addition to this large inflow of capital, local governments have received over $304 million in local taxes from clean energy projects. In summary, wind, solar and storage projects substantially fund our state and local economies.

Though these capital investments are important, in order to fully meet our clean energy goals, we must work together to improve the regulatory and permitting processes and advocate for legislation to advance renewable energy across the region. We must also support our renewable energy successes with more work to create a robust transmission system in the MISO states, while also working to incorporate the potential for more energy storage.

All in all, renewable energy is an important economic driver.