Permitting Reform is a Necessity to Achieve Emissions Goals 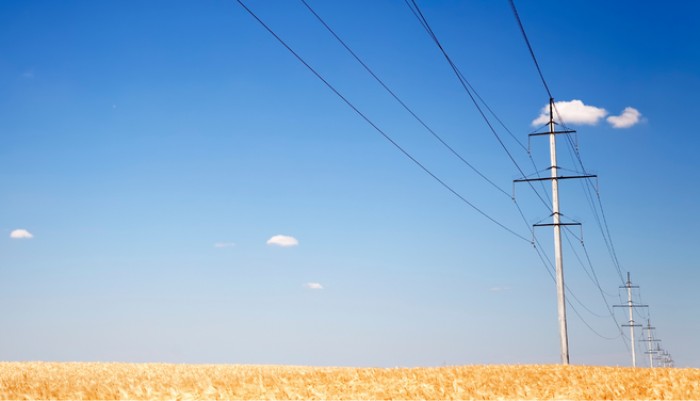 The Inflation Reduction Act (IRA), which was largely the work of negotiations between Sen. Joe Manchin and Senate Majority Leader Chuck Schumer, includes roughly $370 billion for clean energy investments — from large-scale commercial projects to credits and rebates for consumers — all of which will work to reduce greenhouse gas emissions in the U.S. by roughly 40% by 2030. This is a lofty, but achievable goal — if we can get transmission projects through the permitting process, which can take years. While imperfect, Manchin's permitting reform bill, which recently fell apart due to lack of support, was an important step forward to address the current permitting timeline issues.

So, why is permitting reform important and what does it have to do with Minnesota's clean energy transition? A lot actually. Currently, government regulation makes the process of permitting transmission infrastructure projects take too long and cost too much; especially at a time when the Midwest (and the nation) are eager to lower energy costs, enhance energy security, while also achieving greenhouse gas reduction goals established — and demanded — by corporate and industrial customers, utilities and consumers.

The nation's transmission infrastructure is old. Most of the country's transmission lines were built in the 1950s and 1960s and were expected to last 50 years. Now that we are well into the 21st century, many of these lines are well past their expiration date. Permitting for critical transmission infrastructure remains burdensome and lengthy despite the obvious need for investment. To reliably handle our growing electric economy that yearns for energy security, to harden our infrastructure to handle the effects of climate change and charge electric vehicles, we must invest in our transmission system now. And, we cannot wait multiple years for permitting.

A local example of how delays affect our economy comes from the 102-mile Cardinal-Hickory Creek transmission line that will run from Iowa into Wisconsin. The Midcontinent Independent System Operator (MISO), our regional electric grid operator, approved this line as part of a Multi-Value Project portfolio in 2011. Eleven years later and it is still not complete, largely due to litigation about the need for the line and its environmental impact. Yet, 127 renewable energy generation projects located in Minnesota, Iowa, North Dakota and Wisconsin depend on the construction and operation of this single transmission line. Those projects can deliver nearly 20 gigawatts (GW) of clean, affordable, and reliable energy to our electric grid. That could be almost 15 million homes.

Eleven years later and Cardinal-Hickory Creek is still not complete. Yet, 127 renewable energy generation projects located in Minnesota, Iowa, North Dakota and Wisconsin depend on the construction and operation of this single transmission line. Those projects can deliver nearly 20 gigawatts (GW) of clean, affordable, and reliable energy to our electric grid.

To achieve the goals set out in the recently-launched Minnesota Climate Action Framework, which includes our state being fully carbon neutral by 2050, we need to dramatically increase the amount of clean energy we are building and connecting to the grid. This work is already underway — but speeding up the permitting process will allow this work to get done faster — and in time to avert the worst predictions of climate disaster. Currently in Minnesota, 52% of our power is carbon-free with renewables contributing 28%.

Our organizations have long discussed the economic benefits associated with transitioning to a clean energy economy. According to a new Clean Jobs Midwest Report coming out this week, Minnesota is home to nearly 58,000 clean energy jobs. As investment in energy efficiency and clean energy grows, so do well-paying job opportunities. In fact, clean energy jobs grew 5% overall last year, with certain sectors, like renewable energy jobs growing 10%, and advanced transportation jobs growing a whopping 23%.

Our environment benefits, too. In 2021, Minnesota's wind, solar and energy storage plants saved 9 billion gallons of water and avoided 14.5 million metric tons of carbon dioxide (the equivalent of taking 3.1 million cars off the road) as it powered nearly 2 million homes. None of this would be possible without transmission to deliver the goods.

The growth of — and demand for — renewable energy is not going away. There are 114 GW of renewables and storage in the MISO queue now. MISO covers 9 Upper Midwest States including Minnesota, Iowa, Wisconsin, Illinois, Michigan, Missouri and the Dakotas.

In late September, MISO received record-setting applications for an additional 164 GW of renewables and storage to interconnect to the grid. In July, MISO approved the Tranche 1 plan for 18 transmission line projects that will enable 53 gigawatts of renewable energy and also create about 333,000 jobs from transmission development work and renewable resource construction combined. Three additional tranches are being planned, but clearly, time is of the essence. Without necessary transmission, the multiple economic and environmental benefits that would result from diversifying our electricity generation resources will be lost. 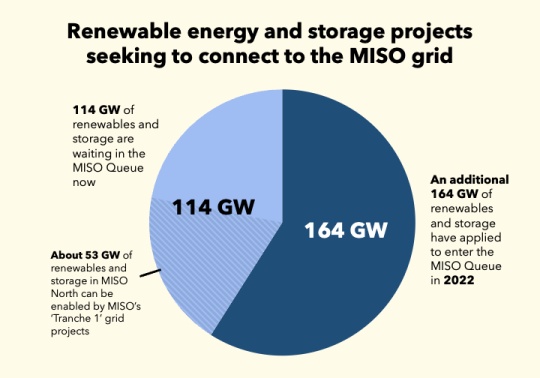 On the national front, over 80% of the potential emissions reductions to be delivered by the IRA will be lost if transmission expansion stays at the current pace. To unlock the full emissions reduction potential of the IRA, transmission expansion must more than double the rate over the past decade. To achieve this rapid growth, we must speed up the existing permitting process. Streamlining the process will enable the many benefits of renewable energy to permeate the economy as it strengthens critical infrastructure necessary for us to build a clean economy that will power our homes, businesses, cars, and our lives. And that, my friends, is worth supporting.

This article was first written for and appeared in Minnesota Reformer, October 12, 2022.