How the American Heartland Saved Christmas 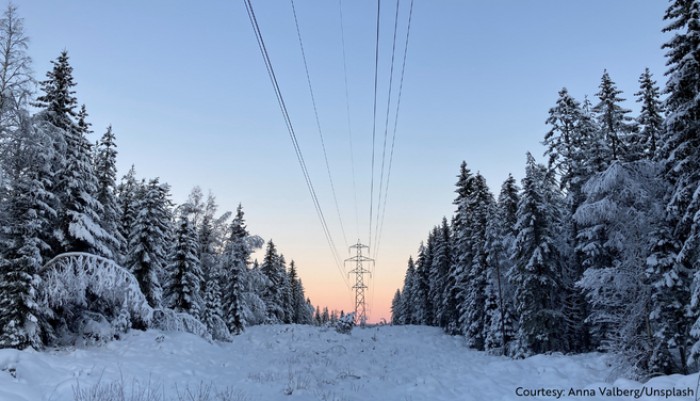 The holidays are over, and we survived another severe winter storm that affected millions of people over a large portion of the country during Christmas week. The storm brought blizzard conditions, high winds, and deep-freezing temperatures just as families gathered to celebrate the holidays.

Despite the severity of the storm, and predictions by the North American Electric Reliability Corporation (NERC) in its "Winter Reliability Assessment" of increased potential risk for energy emergencies in the Midcontinent Independent System Operator (MISO) footprint, the Midwest fared well. Really well. And, in fact, the American Heartland delivered more than just grain this Christmas. They also delivered power to other states in need.

Coal and gas power plants failed in the East and Southeast during the storm; luckily not to the scale of Winter Storm Uri which crippled Texas in 2021. PJM, which serves 65 million people in Chicago, Illinois and points east, had 45 gigawatts (GW) of outages, roughly a third of its entire fleet, the majority of which were coal and gas. ERCOT, which supplies power for most of Texas, had 11 GW of coal and gas outages (out of 74 GW peak), and New England also had significant outages. Tennessee Valley Authority (TVA) had two major coal units down and Duke Energy in North Carolina experienced outages of coal and gas units totaling 1.3 GW, both leading to rolling blackouts in the region.

So, what made the difference between Winter Storms Uri and Elliot?

MISO and the Midwest Save the Day During Winter Storm Elliot

Inter-Regional transfers helped keep the lights on for PJM and the Southeast. MISO was exporting as much as 8 GW of power to PJM, TVA, and points south, even while keeping its own load served. The rolling outages that Duke and TVA experienced would have been far worse without support from MISO, which was importing some of its power from as far away as Canada and exporting it to the South. The ability of MISO to import and export power exemplifies the importance of a well-planned, region-wide transmission system. Increasing inter-regional transfer capabilities nationwide must be placed on the front burner.

Wind also performed well in this storm. At one point wind supplied a third of the generation needs in ERCOT, and wind was 20 percent of the generation in MISO. In fact, with more transmission availability to deliver Midwest wind, MISO would have been able to supply even more wind power to the southeast when it was needed most. In fact, if an inter-regional transmission line had been built in the region it would have brought in 4 GW of power from wind rich Oklahoma into TVA. That would have been enough to power 1.1 million homes and keep those holiday lights burning!

Finally, good information helps make good decisions possible. MISO does an excellent job of tracking import and export data. This data transparency is vital for customers and regulators and prevents misinformation and incorrect assumptions about the causes of outages.

Where there's transmission, there's a way

The failures that lead to rolling blackouts in parts of the country have caused some to question whether an interconnected U.S. Grid really can provide resilience. (WSJ, "The Christmas Electric Grid Emergency") Some utilities are arguing that renewable energy (especially solar) does not provide grid value in the winter due to a lack of generation, and that more fossil thermal is needed to meet winter needs. That argument looks suspect given the poor performance of fossil assets during this storm. In fact, solar performed well in Duke's territory during the storm.

This storm clearly shows that where there is transmission, there is a way. With more inter-regional transmission RTOs can import renewables from other regions. More solar and storage would provide firm capacity, even in winter, and reduce exposure to thermal forced outages (and gas availability risk).

MISO did a great job managing through Winter Storm Elliot and providing support for other regions of the country. They set an excellent example of how a well-integrated grid really does work effectively to prevent calamity during extreme events.

Don't believe those who suggest that renewables are creating all the problems in the electric grid. The bottom line is that those of us living in the American Heartland are making good decisions about maintaining reliability of our critical infrastructure. Our diverse energy mix and inter-regional transfer capabilities allowed us to provide support to neighboring RTOs in need, and others should take notice of the good work happening in the Midwest.

The answer for achieving system reliability is not just another gas plant. Success comes from a holistic system that includes inter-regional transmission, electrification, and efficiency, and more solar, wind and storage. Let's get to work and make it happen.

This article first appeared in Renewable Energy World on January 23, 2023.

Ric is the founding executive director of GridLab. Ric leads the GridLab team of experts providing comprehensive technical grid expertise to policy makers, advocates, and other energy decision makers on the design, operation, and attributes of a flexible and dynamic grid. A recognized leader in renewable energy technology and policy, Ric has provided engineering support for more than 8 GW of utility scale solar projects worldwide, including several of the largest projects in the world.