Let’s talk about win-wins — technology that can dramatically improve our electrical system and drive the U.S. economy. I’m not talking about something as sleek as Tesla’s Powerwall or the chic design of modern wind turbines — it’s something essential to a modern way of life that most people see every day.

Transmission lines are the backbone of America’s grid, delivering electricity from where it is generated to where it is needed. But what they lack in glamor, they make up for in utility.

Billions of dollars could be saved every year by investing in transmission projects the grid needs to stay reliable and efficient.

Many of the country’s transmission lines are more than 50 years old, and more than 640,000 miles of high-voltage transmission lines across the country are at full capacity. That’s at least partly why the 2017 Infrastructure Report Card from the American Society of Civil Engineers gives the nation’s infrastructure a D+. Investing in our outdated, aging electricity grid with technologies that are more efficient and reliable is not only necessary, it will also help lower consumers’ electricity bills. It would also help deliver clean, low-cost renewable energy and a return on investment that benefits everyone.

A report by the Brattle Group, an independent consulting firm, found that transmission investments increase competition in electricity markets, resulting in lower-cost electricity that can cover 50 to 100 percent of a project’s costs.

A 2016 report from the Southern Power Pool found transmission upgrades would save its consumers nearly $12 billion, or about $800 per consumer, over the next four decades. Another transmission line that connects the Midcontinent Independent System Operator in the Midwest to PJM in the Northeast is expected to pay off nearly 50 percent of its total costs through reduced system-wide losses. MISO has also made transmission investments that increase access to low-cost clean energy, creating over $350 million in yearly benefits. This is because transmission lines help reduce blackouts and brownouts, and they reduce system losses from an outdated grid.

As different power plants are created or retired, and our nation’s electricity mix changes, the grid needs to be updated to keep pace. Upgrading and expanding transmission creates a ripple effect.  As transmission provides access to existing low-cost renewable energy, it spurs further renewable development. That leads to cleaner air and water, and that leads to a healthier America.

Clean energy like wind and solar are often generated in rural areas. Building transmission lines creates a “farm-to-market” road for renewable energy to reach the places where demand is highest. Because wind energy is a low-cost electricity source, getting it to market increases competition and keeps electricity costs down for everyone. For example, the Badger Coulee transmission line in Wisconsin will save consumers between $118 and $700 million by delivering cost effective clean energy to consumers.

For example, the Southern Cross transmission line in Louisiana and Mississippi will result in $2.1 billion in direct economic impact over the first 30 years of its life, including $1.5 billion in local spending while the line is under development. It will also pay $441 million in property taxes over the same time period. More than $633 million will be spent on local operations and maintenance expenditures during those first 30 years as well. That’s a lot of jobs created for a 400-mile transmission line.

If we want to talk about what makes sense, and frankly, “cents,” in America, we should be talking about upgrading our transmission lines. Whether you’re an advocate for opening markets and increasing competition in the electricity sector, creating a healthier future with clean energy, or paying less on your monthly electricity bill, bringing our electricity grid into the 21st century just makes sense.

Clarion Call! Success has brought us to the limits of the current transmission system
A clarion call has sounded!  Perhaps we should have seen this coming. In   […]   Read More »
Cost | Transmission 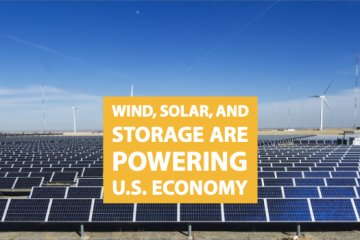