ST. PAUL, MINN., (June 2, 2014) – Today, the United States Environmental Protection Agency (EPA) released its proposed rule that will limit the amount of carbon dioxide pollution that can be emitted from existing power plants under Section 111(d) of the Clean Air Act.  Using the EPA guidance, states will develop State Implementation Plans (SIPs) that will be submitted to EPA by June 30, 2016.

The draft rule will not only reduce greenhouse gas emissions, but accelerate the move toward additional renewables. Wind energy is rapidly-scalable and has zero emissions, making it the cleanest source of low-cost utility-scale electricity production available today.

“We see this new rule as a key driver for additional renewable energy development in the Midwest,” said Wind on the Wires Executive Director Beth Soholt.  “Wind energy is already helping many states in the Midwest reduce carbon pollution in an affordable, reliable manner. As states consider their options for complying with the new rule, wind developers stand ready  to make more capital investments, which will benefit local communities with jobs and economic development opportunities in addition to the benefits of its zero carbon emissions.”

According to the American Wind Energy Association (AWEA), in the Upper Midwest, wind energy has provided more than 80% of all new electric generating capacity from 2011-2013. In Wisconsin, wind provides 2.4% of the state’s electricity needs, or enough to power more than 185,000 average American homes, yet according to the National Renewable Energy Laboratory data, Wisconsin has enough wind power to meet four times the state’s electricity needs.  Wisconsin ranks twentieth in the nation in total megawatts of wind installed; and based on data reported in AWEA’s May 2014 report, wind energy has reduced electric sector carbon dioxide emissions in Wisconsin by 9.96%.  The use of wind energy directly correlates to reduced emissions because of wind energy’s low operating cost (and zero emissions) it is often used to offset power plants with the highest operating costs, which are usually the least efficient fossil fuel-fired plants.

“Several states are already considering increasing their Renewable Energy Standards, which in turn can help meet the requirements under the draft rule,” said Soholt. “Wind power costs have dropped 43% in just four years, and the states with the most wind energy are actually saving money on their electric bills.  That’s the silver lining.”

Wind on the Wires is a 501(c)(3) nonprofit organization based in St. Paul, Minn., which is comprised of wind developers, environmental organizations, tribal representatives, public interest groups, clean energy advocates, farm groups and businesses providing goods and services to the wind industry. Our mission is to overcome the barriers to bringing wind energy to market by addressing technical and regulatory issues, as well as through education and public outreach. 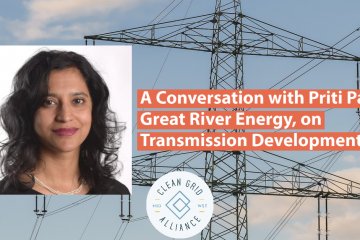 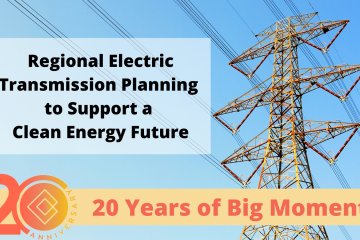