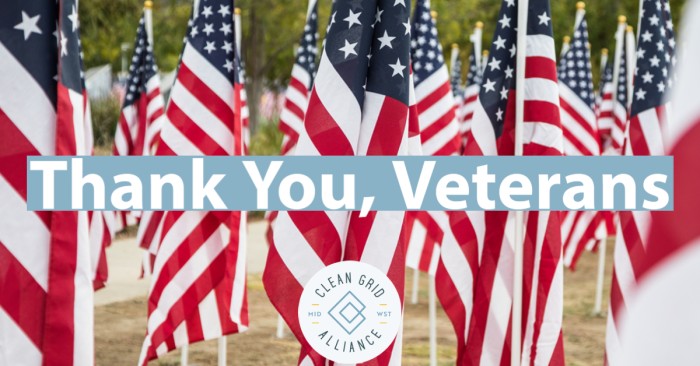 Veterans Day is one of those holidays that most people don’t really know much about, yet it is a very important day, and one that has had many evolutions over the years. So let’s have a little history lesson.

Today, Veterans Day is a national holiday to recognize and honor the men and women who have bravely served our country through military service. Originally, the date was known as Armistice Day in honor of the end of World War I, which occurred on November 11, 1918, at 11 a.m.  President Wilson commemorated November 11 as the first Armistice Day, a year later, saying, “To us in America, the reflections of Armistice Day will be filled with solemn pride in the heroism of those who died in the country’s service and with gratitude for the victory ....”

But, it wasn’t until 1926 that there was a Congressional resolution to establish an annual observance of Armistice Day; and it didn’t become a national legal holiday until 1938 when it was to be dedicated to the cause of world peace and to honor WWI veterans.

In 1947, WWII veteran Raymond Weeks organized the first national Veterans Day celebration in Birmingham, Alabama. He believed Armistice Day should be expanded to include all veterans, not only those who died during the First World War. That event included a parade and other festivities to honor all veterans. A decade later, in 1954, after acknowledging the greatest mobilization of our military in history during World War II, the Korean War, and with the encouragement of veteran’s organizations, President Eisenhower signed a bill that changed the name from Armistice Day to Veterans Day, and made it a day to honor American veterans of all wars. Mr. Weeks became known as the “Father of Veterans Day,” and was awarded the Presidential Citizenship Medal in 1982 by President Reagan.

The way we celebrate Veterans Day has changed over the years as well. Originally, the holiday was to be a day of celebration with parades and a brief pause of business beginning at 11 a.m. In 1968, the Uniform Holidays Bill was signed to establish 3-day weekends for Federal employees by recognizing Washington’s Birthday, Memorial Day, Veterans Day, and Columbus Day on Mondays, regardless of their original dates. Veterans Day was to be the fourth Monday of October, and went into effect in 1971. The idea was to “encourage travel, recreation, and cultural activities and stimulate greater industrial and commercial production.” However, many states disagreed and celebrated the holidays on their previously established dates. In fact, in 1971 the first Veterans Day celebrated under the new law caused much confusion, and in 1975, President Ford returned the observance of Veterans Day to the original November 11 date beginning in 1978 because of the historical and patriotic significance of the date to so many citizens.

On this day, as we thank the many veterans of all wars, we also wish to thank those veterans who work in the wind industry. The wind industry hires veterans at a rate approximately 61 percent greater than the national average. The skills that veterans obtain through their service make them a great fit for the unique roles that the wind industry offers. Skills like leadership, technical abilities, physical endurance, teamwork and more, make vets easy to place in wind careers.

There’s even more good news for veterans in the clean energy sector. A new Clean Jobs, Better Jobs report by BW Research, finds that nationwide, clean energy jobs, (including renewable energy generation, energy efficiency, clean fuels, clean vehicle, grid modernization and storage) have a median hourly wage approximately 25 percent higher than the national average.  Jobs in wind have the highest wage of all the clean energy industries studied in the report, and far above retail, food service, arts/entertainment, and recreation positions. In fact, entry-level wages for a wind turbine technician are 49 percent higher than those for other entry level installation, maintenance or repair positions.

Prior to the pandemic, clean energy was one of the fastest-growing sectors, and nearly 3.4 million people worked in the industry at the end of 2019.

We must not take for granted all the freedoms we have in this country; for as the saying goes, those freedoms didn’t come free. As of 2018, there are 18.2 million living veterans who have served during at least one war. Many others fought and died upholding the freedoms we enjoy every day. That’s why our veterans deserve our respect and gratitude.

Happy Veterans Day!  And, thank you for your willingness to serve our great country.