Guess Who? Profile of a CGA Employee, Member, and Board Chair

Clean Grid Alliance is truly a special organization. Why? Continuity.

Over the past 20 years, there has been a very clear continuity of mission, members, and message.  CGA is a unique blend of members from the corporate and nonprofit sectors as well as philanthropic partners that have focused on one main mission for two decades – delivering Midwest renewable energy to the marketplace.

CGA is also the beneficiary of someone who not only worked for Wind on the Wires, he stayed involved when he worked for member companies Iberdrola Renewables, Avangrid Renewables, and EDF Renewables. Now, he is chairman of the board.  Meet Adam Sokolski. 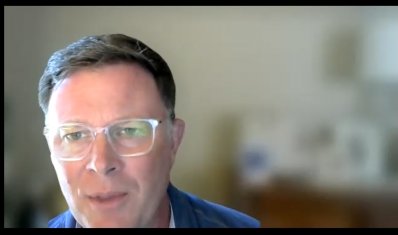 Adam Sokolski began his relationship with Wind on the Wires (now Clean Grid Alliance) in 2000 when he worked part-time for the Izaak Walton League and part-time for Wind on the Wires.  His role at WOW was as an outreach manager. For three years, Adam worked with Beth Soholt, Matt Schuerger, and others on transmission expansion along the I-90 corridor in Minnesota to accommodate 825 megawatts of proposed wind development in the Buffalo Ridge area of southwestern Minnesota. He also worked on planting the seeds for the Buffalo Ridge Incremental Generation Outlet (BRIGO) transmission line, and some early wind siting work.

“I remember, Beth, Matt Schuerger and I jumped in the car and headed out to Astoria, South Dakota for a wind transmission forum,” recalled Sokolski. At the time, the Buffalo Ridge area in southwestern Minnesota and eastern South Dakota was the epicenter of wind development in the region. The community in South Dakota really wanted wind development, but they couldn’t get it and they didn’t understand why. “The conversation that we had that day was really the initial Wind on the Wires discussion – that some of the wind development that you want is locked in because there is no transmission to deliver it,” he said. In January 2010, Xcel Energy announced the completion of the 50-mile 115 kV BRIGO project. The CapX2020 Brookings-Twin Cities, as well as the Brookings-Big Stone lines also enabled many more projects to be developed in the region.

We need transmission, and we need it now!

Another important effort that CGA is working on in a variety of ways is to try to get projects approved faster. “Customers want renewable energy -- they want the clean aspect, and they like the price certainty that renewables bring -- and they want it fast,” Sokolski said.  Unfortunately, Sokolski believes some of the planning assumptions at MISO have been too conservative, and the transmission system is inherently slow. “It’s frustrating when development timelines are over 10 years from conception to energization. It’s got to go faster. We’ve got the handwriting on the wall that says this region is going to make a rapid and almost complete turn-over to renewables. The question to the utilities and MISO planners is, show us the line that’s going to allow get us to these really high renewable goals,” he said.

There is room for improvement in state regulatory proceedings as well. “People don’t like indecisiveness.  They don’t like to see things languish in a long drawn-out process,” he said. CGA has made some real progress in streamlining the regulatory processes in several states. There has been success with turbine lighting and military setback regulations in North Dakota. South Dakota has streamlined its regulatory processes by limiting interveners to only those affected by the project, which improves certainty for developers and the community. CGA is also working in Minnesota, to eliminate the Certificate of Need requirement, which will save several months of permitting time; and is working with members to develop a statewide backstop siting law in Indiana to ensure we have uniform siting standards across all counties.

Reflecting on two decades of involvement with CGA as an employee, member, and now chairman of the board, three things stand out to Sokolski. CGA has enjoyed long-term continuity in its support from members, philanthropic partners, and has had strong leadership from the board and staff. “Beth is a locomotive driving the train, but she can’t do it alone – staff and consultants have contributed a lot to making sure the train stays on the track and is going in the right direction. To see a sustained effort over 20 years – you don’t always see that in an organization,” Sokolski remarked.

CGA has also maintained continuity in its mission and message.  “The other thing this organization has to its advantage is a really good message,” said Sokolski. The Wind on the Wires name explained its mission exactly. The Clean Grid Alliance message is also very strong. “We’re talking about transitioning our grid into a cleaner more renewable based grid. That evokes a lot of support among members of the public, regulatory community, and shows people a very simple, easy-to-understand message about what our mission is,” stated Sokolski

Organization, leadership, and message has made us a driving force in the community for the last 20 years.

Adam Sokolski, Chairman of the Board, CGA

In the next 20 years Sokolski sees maintaining a strong organization through funding, membership, and leadership as important to keeping CGA strong and effective. “Now that we have reintroduced ourselves as Clean Grid Alliance, we need to grow the expansion of solar and secure some good wins for solar as we did for wind in the early years,” he said.

He also wants to move CGA forward on improving racial diversity in the organization’s staff and board positions.

“What’s fun about my history with CGA is that Beth and I and the organization have all kind of grown up together. WOW was a new and very powerfully-named organization in my mind and it was in its infancy when I first started. The wind industry was very new in this region at the time. Beth was new as an executive director and someone leading renewables policy in the state at the time. Now, 20 years later, Beth is thought of as a national leader on the renewables front. CGA is probably the best, most effective of the regional renewables advocacy organizations across the country, in terms of duration and the level of success and the wins the organization has achieved across the footprint in the last 20 years,” said Sokolski.

Sokolski also reflected on people like Paul White, Anton Ptak, and Brian Lammers who still strongly support the organization and its mission, and have themselves grown to be successful and national leaders.

Another standout moment for Sokolski came in the early 2000s. There were big plans to build the Big Stone 2 coal plant in South Dakota. Xcel Energy (and other utilities) was rather hostile to the idea of renewable energy at the time. But, a sea change occurred when Richard Kelly, CEO of Xcel Energy gave a presentation including a map of their service territory and then overlaid a map of the wind resources in the same area. “Dick Kelly said, ‘I want Xcel energy to be the biggest supplier of renewable energy in the United States. Our service territory and wind completely overlap.’ That statement was both shocking and provocative for a utility executive to say. At the time, that was a ‘Holy Cow’ moment,” said Sokolski. “Ever since, that organization has chosen to lead on renewables development. For a utility business to make these types of changes over 20 years is pretty revolutionary, and is really setting up a blueprint for a clean energy revolution in the United States. This was a CEO with a vision, and they’ve stuck with it.”

CGA has had major fingerprints on making the aspiration of a renewable future a reality.

True to our mission, CGA was greatly involved in helping make the expansion of renewable energy a reality. CGA advocated for CapX2020, MTEP, and the MVP portfolio; brought utility leaders together to find common ground on transmission expansion plans and figuring out a way to pay for it; and were deeply involved in utility resource planning dockets. “We’ve been aggressive at promoting renewables in the upper Midwest to ensure utilities are modeling the future and finding ways to ensure that wind and renewables are treated as a least-cost resources. CGA has had major fingerprints on making the aspiration of a renewable future a reality,” said Sokolski.  “We need to go a lot further to get to 80+ percent renewables penetration in the MISO footprint by 2040. We can get to 80% quickly if we have the wires to do it.  But, we have no time to waste on building out our transmission system.”