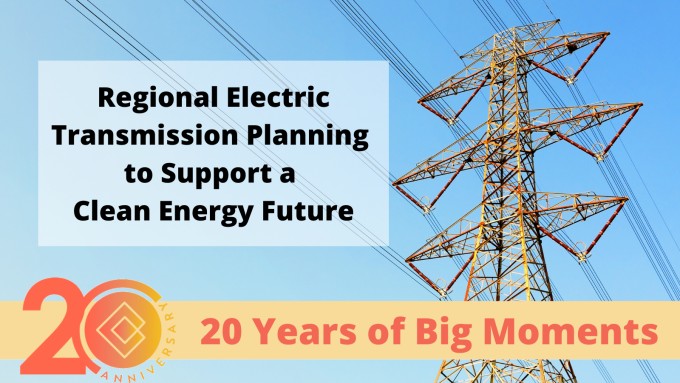 With the rise in wind and solar power resulting from lower prices and higher demand, transmission development has never been more important. However, there have been significant road blocks in the quest to create a clean energy market and bring large amounts of renewable energy onto the grid in the Midwest. Clean Grid Alliance (CGA) has spent the last 20 years as the “power behind the power” working with legislators, regulators, NGO colleague organizations, and many other stakeholders to deliver this clean energy future across the Midwest. Significantly, CGA has been working with the Midcontinent Independent System Operator (MISO) since its inception in 2001 on transmission expansion to accommodate new renewable generation, facilitate an economic energy marketplace, and ensure reliability. Curating partnerships, finding common goals among different interests and keeping the public interest in mind has helped move the region toward securing a clean energy future.

In 2008, CGA (then Wind on the Wires) supported bringing five Midwestern states together to study transmission needed to enhance the grid and support a rapidly increasing clean energy push and wind buildout in Western MISO. Then-governor of Minnesota, Tim Pawlenty, and the governors of Iowa, Wisconsin, North Dakota and South Dakota collaborated among state regulatory agencies, transmission companies, utilities, independent generation owners and other stakeholders to work with MISO on the Upper Midwest Transmission Development Initiative (UMTDI).

The goal of the UMTDI was to promote regional electric transmission investment and cost-sharing. The following year, UMTDI participants identified wind generation resources, transmission projects and infrastructure needed to support those resources cost-effectively. Appropriate cost allocation was essential for MISO to develop a concrete plan or tariff proposal.

“As states in the region increase their use of wind energy, planning on how best to locate wind farms and other renewable sources and build the necessary transmission infrastructure to support them is crucial,” said Pawlenty in a 2011 press release.

In 2011, MISO approved 17 MVPs that improved the robustness and flexibility of the electric grid for nine Midwestern states. The MVPs span the northern MISO footprint from North Dakota to Indiana and from Michigan to Missouri. These lines were a $10 billion dollar (in 2015 dollars) investment forecasted to provide approximately $19.5 billion (in 2015 dollars) in electricity cost savings. Subsequent MVP reports from MISO to the Federal Energy Regulatory Commission (FERC) show the portfolio continues to return benefits well in excess of costs.

“The Midwest has not seen this significant of a transmission expansion for decades,”

“The Midwest has not seen this significant of a transmission expansion for decades,” CGA Executive Director Beth Soholt said of the MVP portfolio development. MISO’s decision to move forward with building new transmission lines also helped state and local economies as billions of dollars of investment contributed to economic growth and created thousands of jobs as the projects came to fruition. In fact, at the height of transmission line construction, it was difficult to find enough electricians and other trades people to build the projects.

These Midwestern MVP transmission lines were a crucial step in the development of renewable energy around the region. They have delivered 25,000-29,000 megawatts (MW) of renewable energy around the Midwest, resulting in cost savings to ratepayers by relieving congestion and reducing the cost to deliver electricity to end use customers. The lines also improved system reliability and helped states achieve state public policy requirements, such as Renewable Portfolio Standards, without breaking the bank.

“This success story is a testament to what CGA is capable of accomplishing,” said Soholt. “To this day, our members and colleagues remember it among the most important achievements in CGA’s history.”

“You need the ability to have a market to fill with renewable energy; and then you need to get it from where it can be located to where consumers are demanding it. Clean Grid Alliance has been at the forefront of pushing the region ahead on both of those fronts,” says Kevin Lynch, Managing Director of External Affairs at Avangrid Renewables.

When it comes to taking the necessary steps to create a cleaner future, Clean Grid Alliance knows how to get things done  - efficiently, effectively and economically. CGA has delivered on that promise over the last 20 years, and plans to continue delivering real progress in the next 20 years.

Hear from our colleagues about our involvement with Multi-Value Projects in this video! 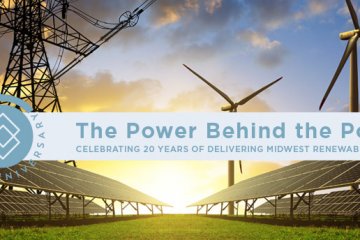 Guess Who? Profile of a CGA Employee, Member, and Board Chair
Clean Grid Alliance is truly a special organization. Why? Continuity.  Over the past   […]   Read More »
20th Anniversary 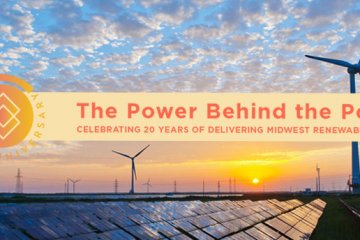