Clean Energy Jobs are the Future 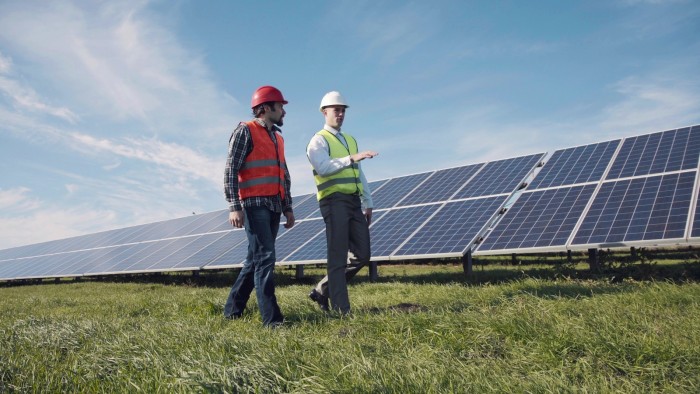 Renewable energy’s resiliency has provided the country with reliable power, and a stable source of income for Americans. Despite the onslaught of COVID-related losses, renewable energy was the only power source that did not have a decline in demand. Because construction activity never completely ceased, 2020 saw the highest number of renewable energy installations to date, and a record number of people are still receiving a hard-earned paycheck.

Clean energy jobs took a slight dip due to the COVID-19 pandemic, but there was still much to be proud of. Clean Jobs Midwest’s latest report states that there were nearly 678,000 clean energy jobs across the Midwest in 2020 – that’s more than 22 percent of the nation’s clean energy workforce! Renewable energy held the second highest number of jobs, with over 84,000 workers. Wind energy jobs in the region grew by more than 4 percent to nearly 37,800 workers. Solar was not far behind, with nearly 37,000 jobs. In fact, solar installer is the fastest-growing job in the nation, and has a median annual pay of $46,470. Wind turbine technician is the second-fastest growing job, and has a yearly salary of $56,230, a six percent increase from 2019. Additionally, over 24,000 people held jobs in grid and storage.

Clean energy job opportunities are available all over the Midwest. Metro areas like Chicago (81,707), Detroit (50,229), and Minneapolis (34,958) host a large number of the workforce, but more than one in five — or more than 143,800 — jobs are in rural areas. The wide-open spaces in rural areas are a perfect fit for wind and solar projects. In return, they offer landowners a diversified source of income; well-paying jobs for residents; and a tax revenue stream for counties and townships that helps keep a lid on property taxes for everyone. Additionally, the capital investment from renewable energy projects creates an economic ripple effect that benefits the entire community. Construction workers flocking to the area rent property or stay in hotels, dine at local restaurants, shop at grocery stores and fill their tanks at the local gas stations. Once the project is complete, good family-supporting jobs remain, and local businesses like service stations, hardware stores, and landscape maintenance companies continue to benefit.

All of this hard work certainly paid off at the end of the year. Capacity grew 61 percent, with over 33.8 GW of new clean power. About 40 percent of U.S. power generation was carbon-free in as a result, and renewables provided one-fifth of the country’s energy needs. With wind prices down 70 percent in the last decade and low installation and operation costs, wind capacity increased by 85 percent (17.1 GW) representing a $17.7 billion investment. Solar prices have fallen 90 percent in the last 10 years, and cheap technology costs have helped drive an all-time high of 16.5 GW for new capacity. Decreases in lithium-ion battery pack prices, set off the largest year of energy storage installations across the United States to date, with about 878 MW.

Prospects for clean energy growth are greater than ever thanks to new federal climate policy proposals combined with leadership in the Midwest states. These policies can help create thousands of new jobs as the post-pandemic recovery surges on. This shift to a cleaner economy would create major new opportunities for job seekers throughout the region — including in communities impacted by the ongoing decline of other parts of the energy sector such as coal, oil, and gas.

Clean energy is the future – and that means a clean energy job market. A career in clean energy means a great income, benefits and the ability to work in a thriving industry. That’s just smart!