What is the “grid” and why is transmission important? 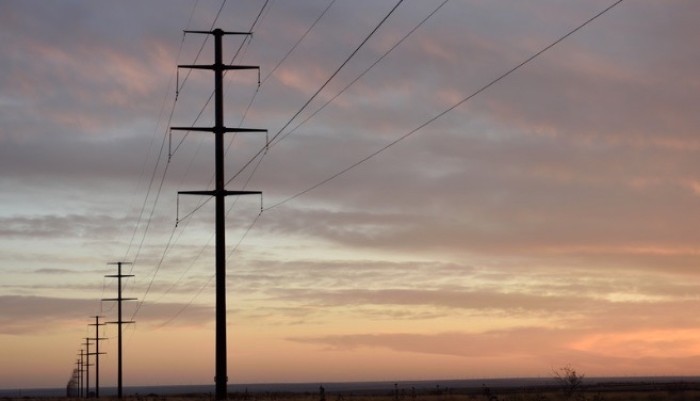 The combination of transmission lines, power plants, and substations is often referred to as the electric grid of the United States or "the grid." The Midcontinent Independent System Operator (MISO) manages the electric grid in the middle of the country, covering 17 states.

The U.S. electric grid has millions of miles of transmission and distribution lines that are strategically placed all over the nation to bring power to where it is needed. Transmission lines are like the highways that allow power to flow from large generators to cities and towns. Distribution lines are like city roads distributing the power throughout our cities and towns to individual homes and businesses. However, with 70% of these lines being over 25 years old, the American Society of Civil Engineers gave America's power grid a rating of D+. This proves that the U.S. needs to make significant transmission infrastructure upgrades to keep up with the changing demand for electricity and different forms of energy.

Transmission is the delivery of energy from its place of generation to its place of use. This is done through the use of "transmission lines," more commonly known as "power lines." These lines carry power from generating power plants to substations that alter the voltage and eventually send electricity into our homes and businesses. As we transition toward a more electrified economy, particularly one powered by renewable energy, transmission is becoming increasingly important.

Clean Grid Alliance is deeply engaged in the stakeholder processes at MISO and has spearheaded and participated in many efforts to expand and upgrade transmission in the Midwest to help enable the delivery of clean, affordable, reliable energy. These efforts include the MISO Multi-Value Project Portfolio of 17 transmission lines approved in 2011, the CapX2020 lines, and MISO's Long Range Transmission Planning of 18 transmission lines (Tranche 1), which was approved in July of 2022. CGA also works to make sure the rules for accessing and using transmission lines in MISO are "technology neutral" so that new clean generators have equal access.

What are the benefits of transmission?

Additional transmission and infrastructure upgrades will help enable significant amounts of new renewable energy on the grid. In September, MISO reported applications for an additional 164 Gigawatts (GW) of renewables and storage to interconnect to the electric grid. The current electric grid and transmission system was built near fossil fuel plants and transportation corridors. Renewable energy generation occurs where solar panels can access the most sun and wind turbines can access the most wind. These are generally rural areas that are not located near existing power lines or areas of high electricity demand. In order to be able to connect more low-cost renewable energy to the grid, transmission infrastructure needs to be built in these areas. Currently, MISO has over 38 GW of wind and solar on its system.

Transmission reduces bottlenecks on the grid

Transmission expansion can help to reduce bottlenecks on the grid; but what are bottlenecks? Bottlenecks occur when there is more energy available than the transmission lines can deliver. This causes congestion and leads to higher costs for consumers because lower-cost energy can't be delivered to our homes and businesses. Similar to how a funnel works with water, when electricity is put on the grid, only a certain amount can flow through at one time while the rest of it begins to back up. Any excess power that cannot be immediately added to the grid is either wasted. Transmission lines are like the highway system that crisscrosses the country enabling the delivery of goods from place to place. Transmission does the same thing for energy. Upgrades and expansions to the transmission network can help add more "lanes" to the delivery system making it possible to deliver more energy. This will provide more avenues for the delivery of low-cost energy when and where demand is high, while reducing the occurrences of bottlenecks on the grid. One additional solution to reducing congestion that has become available more recently, is energy storage facilities. Batteries can be used to store excess energy that would otherwise be wasted, and this energy can then be delivered later when the congestion on the grid is reduced.

Transmission improves the reliability and resiliency of the grid.

Improving the reliability and resiliency of the grid is extremely important and one of the main drivers for investment in transmission expansion and upgrades. Resilience and reliability of the grid go hand in hand. Reliability is determined by how well the grid is able to balance energy supply and demand. When standards are not being met, more transmission is needed to ensure that consumers receive electricity – on demand – 24/7/365. With additional transmission in place, system operators are also able to import and export power around the country to meet unexpected changes, just as the highway system allows the import and export of goods.

Resiliency of the grid is determined by the ability to withstand and recover from disruptive events to the power supply. With an increase in extreme weather and natural disasters, it is imperative that our grid is able to withstand the elements. To accomplish this, we need significant upgrades to current transmission lines themselves such as reinforcing overhead lines, creating underground transmission facilities, and rebuilding outdated and aging infrastructure. A more robust grid will help avoid power outages for consumers.

Transmission creates good-paying jobs for hundreds of thousands of Americans. According to the 2022 United States Energy and Employment report, there were 946,042 Americans working in traditional energy transmission and distribution at the end of 2021. An additional 171,693 Americans were working in Smart Grid, Micro Grid, EV Charging, and other grid modernization technology. These positions include planning and engineering, construction, and continuing maintenance, which are often well-paying union jobs.

With the vast majority of transmission lines in the United States considered outdated and in need of replacements or upgrades, there is opportunity for significant growth in the number of Americans working in transmission. A recent report determined that an Investment Tax Credit could spur these changes and provide significant benefits to the U.S. energy sector. These benefits include the creation of 650,000 good-paying jobs, 30,000 Megawatts (MW) of additional renewable energy capacity, $15 billion in private capital investment, and could provide $2.3 billion in energy cost savings for the lower 80% of income brackets.

In the Midwest, the Tranche 1 Long Range Transmission Plan portfolio of 18 transmission lines alone is expected to deliver an estimated 53 GW of renewables, hybrid and storage resources, resulting in 333,000 jobs from the related transmission work and renewable resource construction and maintenance jobs.

Transmission projects greatly impact the United States economy with billions of dollars of investment and a large impact on national GDP. A 2021 study by WIRES identified $83 billion in approved and/or recommended transmission projects around the county. It was found that the construction phase alone would add $42 billion to GDP and boost direct local spending by almost $39 billion. The study also revealed that the lifecycle of these transmission projects' operations and maintenance would provide an additional $1.6 billion in annual GDP increases.

As you can see, investing in our nation's transmission infrastructure is just smart!