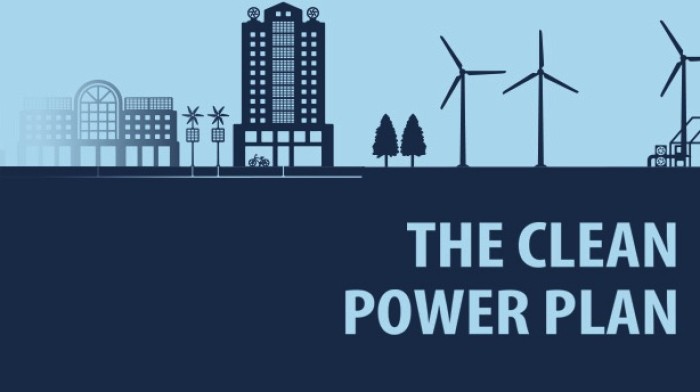 Well, it’s done.  The Environmental Protection Agency released its final Clean Power Plan earlier this month, which will reduce the carbon emissions from existing power plants by 32 percent by 2030, a two percent increase over the draft rule released last summer.

Whew!  After a year of thinking and talking about the draft rule; sweating and studying, meetings and modeling to assess the impact such a regulation would have on reliability, consumer rates, and a host of other worries, it’s a done deal.  Many states, save a few rebels, are prepared to move forward with the next step – developing a State Implementation Plan (SIP).

Those states – and even those who are opposed to the regulation – are well-advised to stock their SIPs with a robust amount of wind energy. Without adding cost-effective wind, can a state really say it’s done right by ratepayers?

Power plants emit one-third of the carbon emissions that contribute to air and water pollution in the country, making them the clear target for the Clean Air Act. American wind power, with its zero emissions, is on a path to become the leading source of electricity in the country because it’s reliable, affordable, readily scalable, and creates jobs and drives economic development as it reduces carbon emissions that cause so many health problems today. Using wind energy directly correlates to reduced emissions. Because of its low cost (and zero emissions), wind is often used to offset power plants with the highest operating costs, which tend to be the least efficient fossil fuel-fired plants.

The Clean Power Plan presents the largest demand driver for wind energy for the next decade.

States will find that wind power is one of the biggest, fastest, cheapest ways states can comply with the Clean Power Plan.  In fact, the Energy Information Administration (EIA) looked at a range of different options for complying with the Plan, and wind energy was consistently the lowest cost option for reducing carbon pollution. In fact, the EIA report shows wind capturing roughly 57% of the optimal compliance mix by 2030. State Implementation Plans that include robust amounts of wind energy will not only help reduce carbon emissions, but will also help boost local jobs and economic development as new wind projects are developed.

Over the past year, several other reports have been issued that confirm the viability of wind energy in the United States. The updated Department of Energy report entitled, “Wind Vision: A New Era for Wind Power in the United States” says that wind energy can become one of America’s largest sources of electricity, with the added benefit of saving consumers money.  The report goes on to show that wind power can double in the next five years, supply 20 percent of our country’s electricity needs by 2030, and even grow to 35 percent by mid-century.

In Iowa, for example, the 5,708 megawatts of installed wind capacity currently provides over 28 percent of the state’s electricity, ranking it first in the country.  In five years, according to the Wind Vision report, wind energy will power over 40 percent of Iowa’s electricity, and Iowa consumers would save $3.6 billion on their electricity bills by 2050.

The wind industry, which currently employs more than 73,000 Americans with good family-supporting jobs, is a great American success story. The growth of the U.S. manufacturing supply chain, which now consists of more than 500 factories in 43 states, has also contributed to the reduction in the cost of wind power. As states work to develop their State Implementation Plans (SIPs), wind energy is truly a “no regrets” option for compliance with the CPP.

There is no excuse for states to shy away from encouraging the development of wind energy.

Gone are the days when folks could argue that the “wind doesn’t blow in this part of the country.”  The fact is, thanks to taller towers, longer blades, and other technological advancements in turbine technology, wind power has the potential to generate electricity in all 50 states, according to a recent Department of Energy report from the Wind and Water Power Technologies Office.

Gone are the days when wind energy was too expensive to consider. The economic reality is that the price for coal electricity is going up at the same time that prices for renewables are falling.  The cost of wind energy has fallen 65.5% over the last six years.

Gone are the days when wind energy was deemed unreliable. States like Iowa, South Dakota and Kansas generate more than 20 percent of their electricity from wind, and several others generate more than 10 percent.  And, all are doing so reliably.  The regional transmission operators around the country have been successfully integrating increasing amounts of wind energy into the grid for more than a decade now. They are experts at balancing the grid because it’s something they do every minute of every day with generation as well as load, which both vary constantly. As a result, lights have stayed on during heat waves and polar vortexes

For the fear-mongers, think of it this way: the Clean Power Plan is merely an acceleration of a trend that is already taking place around the country.

This article was written for, and first appeared in Morning Consult.