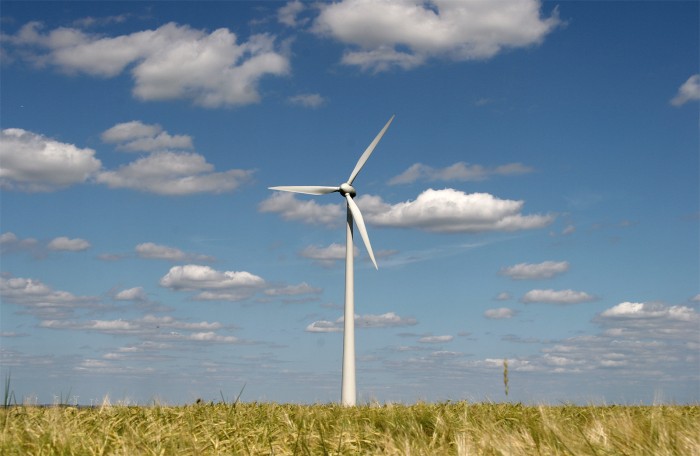 If you’ve been paying attention to federal energy policy in the U.S. lately, you’ll know that the Clean Power Plan is back in the spotlight.

The Clean Power Plan (CPP) is the Environmental Protection Agency’s rule designed to have states lower their carbon emissions from existing power plants. It is seeking a national carbon reduction goal of 32 percent below 2005 levels by 2030. The Plan is currently on hold while the U.S. Court of Appeals determines its legal standing.

The U.S. Court of Appeals for the D.C. Circuit began hearing oral arguments on the CPP last month, and pundits are volleying arguments in support and opposition of the rule.

However, few people are talking about something exceptional: many states are already on track to meet their carbon reduction requirements. How can this be? The answer, it turns out, is blowing in the wind.

The CPP sets an emission reduction target for each state and gives them flexibility and responsibility for reaching that target via a State Implementation Plan (SIP). This allows each state to assess its energy sources, needs, and financial landscape so they can make a plan that works best for them. Whatever the outcome, we know one thing to be true: electricity providers have already begun the transition toward clean technologies.

Electric utilities have begun to take notice that wind power is on-sale. In 2015, 8.5 gigawatts of wind energy were installed in the U.S., more capacity than any other source of electricity generation and 65 percent more than in 2014. And wind power doesn’t show any signs of slowing down: 18,200 megawatts (MW) are currently under construction or in advanced stages of development, and utilities are beginning to include more wind energy in their integrated resource plans. Xcel Energy, the nation’s leading electric utility provider of wind energy, recently released an RFP for 1,500 MW of additional wind and plans to reduce its carbon emissions by 60 percent by 2030 from 2005 levels, way beyond CPP requirements.  Why? Because they have found wind to be the least-cost option for the future of their business. Their chief executive Ben Fowke has stated that wind power can act as a hedge against volatile future price increases of natural gas. The wind industry is undergoing massive growth, and it shows no signs of stopping anytime soon.

From manufacturing and construction to regulation and administration, the wind industry is putting Americans to work. The U.S. wind industry currently employs 88,000 Americans, and wind technician is the fastest-growing profession in the nation. A broad spectrum of careers are needed for the electricity from a turbine to power your home – manufacturers make the steel towers and the other 8,000 component parts of a turbine; scientists and engineers are involved in project siting; shipping, rail, and trucking companies deliver the blades; construction workers build towers, and don’t forget about all the paperwork and finance-planning that goes into each project.

On top of these benefits, farmers hosting turbines on their land receive $222 million a year nationally in land-lease payments and wind developers contribute substantial tax revenues toward rural communities. So it’s not hard to understand why 91 percent of Americans support expanding wind power. Choosing wind power to generate our electricity doesn’t just mean lowering emissions and saving money on your electric bill, it means supporting well-paying jobs and a bright economic future.

Seasons may come and go before the final outcome of the CPP is determined, but the clean energy transition has already begun. Make no mistake: we are at a tipping point where renewable energy technologies are rapidly changing and ready to transition the U.S. into a clean energy economy, but our policies will determine the pace at which we make that transition. Minnesota, California, New York, and 16 other states have continued planning for their CPP requirements, and their choice to embrace renewable technologies like wind power will result in cheaper electricity, reduced carbon emissions, and a stronger economy to benefit all Americans.