A long, and sometimes painful, election cycle is now behind us.  As we take a collective breath to absorb the outcome and ponder how renewable energy will fare under the Trump administration, we can breathe easy knowing that wind energy is an American success story.

Since we have just lived through weeks of polling – pre-election polls, exit polls, and discussing and analyzing poll data ad nauseam – why not look at a few more? A Morning Consult poll released on November 9 revealed that energy was not among the top-of-mind issues for most. Rather, voters were most concerned about the economy, national security, and health-related issues.  But wind energy can play an important part in addressing each of these concerns.

Wind energy has enjoyed broad bi-partisan support for decades.  A Pew survey from October 2016 found that 83 percent of adults in America “favor more wind energy,” including strong majorities from all major political parties.  Wind energy has driven billions of private investment into the economy across the nation, and many low-income rural parts of the country are reaping the biggest rewards as they benefit from an expanded tax base, millions in land-lease payments and well-paying jobs.

A review of electoral maps shows that, overall, voters from outside the major metropolitan areas and more rural parts of America helped propel Mr. Trump to the White House.  And, since virtually all installed utility-scale wind capacity is located in rural areas, it’s reasonable to surmise that President-Elect Trump will focus on the people who helped elect him.  Continuing to grow wind power is one of the best ways to help those folks.

In fact, many farmers, ranchers, and other rural landowners call wind energy their “cash crop,” with $222 million year in land-lease payments flowing into their pocket-books every year.  This kind of income helps drive the economy further, as people have more money to spend.  A study by Dr. Sarah Mills from the Gerald R. Ford School of Public Policy indicates that landowners with wind turbines on their property invest twice as much money into their farms in the form of home improvements, outbuildings, and equipment, among other investments, than landowners who live in townships without windfarms.  They also purchase more farmland and plan for their farm to continue in the future.

Support for wind power also grows where the most wind is installed and where wind manufacturing is the strongest. This shows the more Americans know about wind power, the more they like it.

There are over 500 factories in 43 states that build wind-related parts and materials.  Successful state and federal tax policies have helped grow this industry into one that now supports 88,000 well-paying jobs, with wind technician now America’s fastest growing profession according to the Bureau of Labor Statistics.  Jobs in the wind industry could grow to 600,000 by 2050 according the Department of Energy’s Wind Vision Report.  These positions include engineers, accountants, environmental, health and safety professionals, administrative staff, and those with mechanical, technical and heavy equipment skills that many of our military veterans possess.

Everyone can agree on a desire for clean air and water—they lead to overall good health for Americans. A May 2016 study from the University of Maryland finds 3 in 4 voters, including a majority of Republicans, say it's "a high priority to reduce air pollution from energy production that has negative public health effects."   Wind energy is the cleanest source of utility-scale electricity production.  It has no hazardous emissions or waste to harm our air or water, uses virtually no water, and repays its carbon footprint in six months or less. Wind energy greatly reduces a variety of health-harming air pollutants, such as smog-causing sulfur dioxide and nitrogen oxides, that contribute to asthma and other respiratory issues. Altogether, reducing tons of these toxins yields a public health value of over $7.3 billion a year.  As President-Elect Trump intends to “refocus the EPA on its core mission of ensuring clean air, and clean, safe drinking water for all Americans,” wind energy fits the bill.

Finally, since wind energy is an abundant, home-grown, natural resource, it can be harvested inexpensively and reduce our dependence on foreign oil.  Energy independence translates to aiding our national security.

As we consider the future of renewable energy under a new administration, we should remember that wind energy is already a strong and proud part of what makes America great. 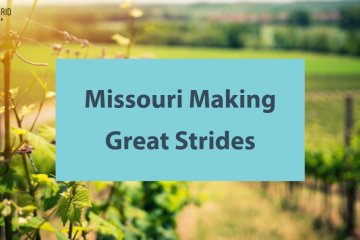 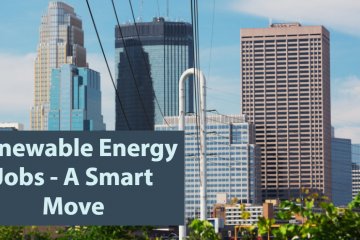