Paradigm shift: Wind energy can be the new baseload

Exciting news came at a recent energy policy forum in Minnesota when David Saggau, CEO of Great River Energy, which provides energy to 28 electric co-ops in Minnesota, stated that he sees wind quickly becoming the new base-load.  “In the past, we tended to think of our coal resources as baseload and every other resource being supplemental to that,” said Saggau. “I would suggest to you that wind is quickly becoming the new baseload; and to be viable going forward, all other sources must be flexible enough to be supplemental to the wind.” 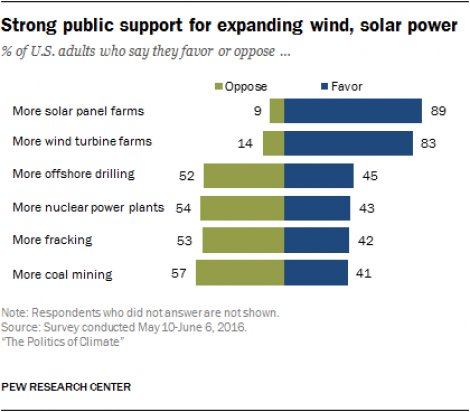 According to a 2016 Pew survey, 83 percent of Americans want more wind energy, and a slim majority do not support pursuing more fossil fuel or nuclear generation. This sentiment is flowing through to utilities, and businesses who are seeking more renewables to meet their sustainability goals.  The good news is that the cost of renewables has fallen significantly in recent years, and reliability concerns have been overcome, so keeping both customers and shareholders happy is completely doable.

For years, utilities and skeptics lamented the viability of renewable energy because of its intermittency. But, no more.  Grid operators are fully adept at balancing the electric grid, and are currently – successfully – managing 82,183 megawatts of wind energy on the system, according to the American Wind Energy Association’s Fourth Quarter 2016 Market Report.

Cost is also no longer a sticking point. The latest Lazard Levelized Cost of Energy report issued in December 2016 reflects a slight decline in the price of wind indicating its price is stabilizing; and there have been continued declines in the cost of utility-scale solar PV. Wind, however, remains the low-cost leader in new generation sources even among conventional sources. 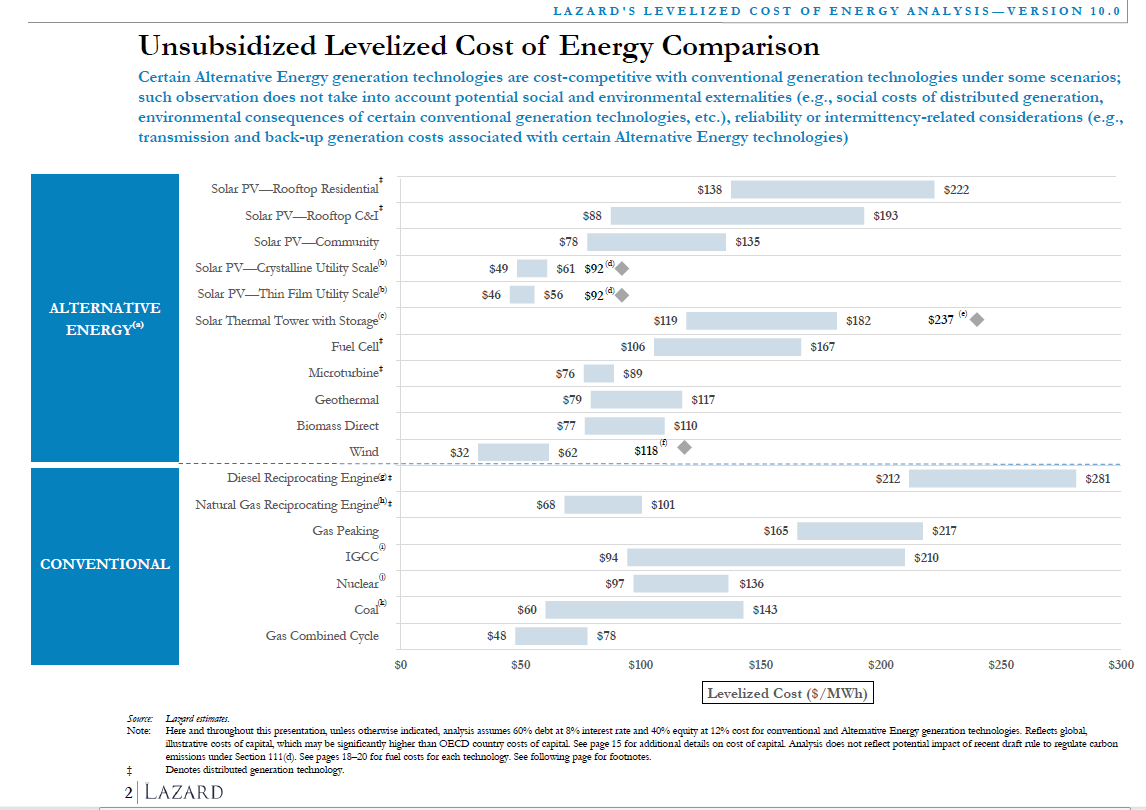 With reliability managed,  the low cost, and strong desire by the public and corporate purchasers for clean energy, it’s no wonder utilities are choosing renewables to replace their aging fleets. AWEA’s Market Report indicates that 56 percent of the total project capacity during 2016 was contracted by utilities and rural electric cooperatives, representing 2,266 megawatts.  Non-utility purchasers, such as Microsoft, Amazon, Target, Johnson & Johnson, Dow Chemical, Google Energy, Steelcase, 3M, among others, contracted 1,574 megawatts, comprising 39 percent of the remaining capacity.  Home Depot also just announced it has signed a 20-year power purchase agreement to provide enough electricity to power 100 of its stores from a Texas wind farm. The company already purchases solar power. 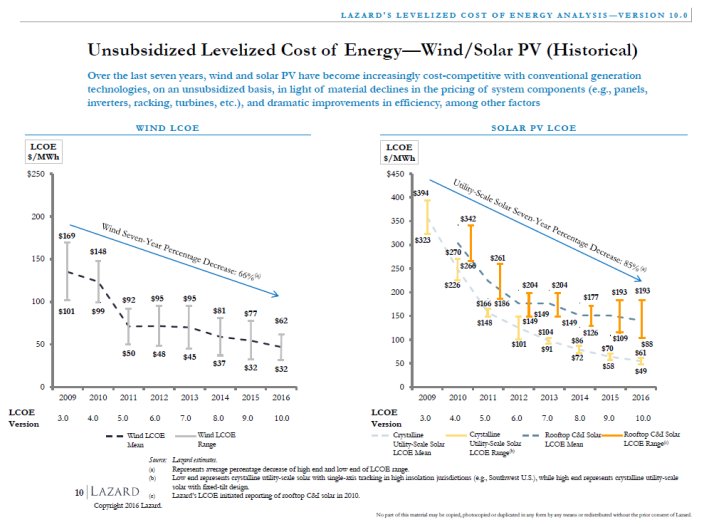 Xcel Energy, the nation’s leading utility wind energy provider, has found that wind is the most cost-effective renewable energy option for diversifying its energy supply.  Through its Integrated Resource Plan approved by the Minnesota Public Utilities Commission in 2016, Xcel Energy plans to purchase 1,800 MW of wind and 1,400 MW of solar by 2030, with at least 1,000 MW of wind to be installed by 2019 and 650 MW of solar by 2021.

WPPI Energy has entered into a 20-year power purchase agreement to purchase electricity from a 100 megawatt solar energy center that will be built in Two Rivers, Wisconsin.  This will become Wisconsin’s largest solar installment to date.  In a statement, Mike Peters, president and CEO of WPPI Energy, said, “This solar energy center adds diversity to WPPI Energy’s power supply portfolio in a way that’s more cost-effective than other opportunities currently available to us.”

The tables are turning in favor of renewables.  The people want it.  Businesses want it.  Grid operators can manage it.  Costs are dropping, so utilities are investing in it.  Renewables are a smart choice for new electricity generation in America.