Wind Energy Is Proud to Be American

I was a kid in 1976 when America was celebrating its bicentennial. It was a really big deal. I remember seeing and hearing signs and symbols of American pride on everything. Red, white and blue was everywhere. I even had red, white and blue plaid bell-bottom pants! Today, America’s growing wind energy sector is becoming a source of that kind of national pride, and it should be.

The inaugural American Wind Week, happening now, is a great start. The wind industry that I’m so proud to be part of has deep roots in many of the American values I believe in. Wind creates great jobs for hard-working Americans and taps into the strengths of our veterans. It builds lots of wind turbine parts right here in the U.S. Wind invests in rural communities — many of which are among the poorest in the country yet provide food for the entire world. It strengthens national security and creates clean air and water for everyone.

In short, wind energy is an American success story.

More than 100,000 people have well-paying wind-related jobs across this great nation, and that number is expected to grow by another 50,000 jobs by 2020. Jobs in the wind industry grew nine times faster than the overall economy last year, and wind turbine technician is now America’s fastest-growing occupation according to the Bureau of Labor Statistics. Wind power also employs America’s veterans at a 50 percent higher rate than the national average. Now, that’s something to be proud of, isn’t it?

President Donald Trump speaks often about job creation, and particularly manufacturing jobs, as important in the effort to advance the country’s economy. Wind delivers on this metric, too. There are more than 500 factories spread across 43 states supplying the steel, electronics and other equipment needed to build and operate today’s turbines. Considering there are 8,000 component parts that are used in modern turbines, that’s a lot of work for our fellow Americans. The industry recognizes that buying local is a good business model because it helps lower costs.

And it’s working. As the use of domestically produced materials increased, and innovation in wind turbine technological improved, the cost of wind energy has dropped by 66 percent over the past seven years.

On the political spectrum, wind is red, white and blue, too. Support for wind energy is bipartisan and up sharply, according to several recent polls. In fact, 91 percent of likely voters, including 81 percent of conservatives, favored “expanding wind power” according to an April 2016 Lazard poll. The American Wind Energy Association reports that 86 percent of installed wind capacity, and all of the top 10 congressional districts for wind, are represented in Congress by Republicans. And, more than 74 percent of U.S. congressional districts have operational wind energy projects or active wind-related manufacturing facilities, including 77 percent of Republican districts and 69 percent of Democratic districts.

The U.S. wind industry exemplifies the American dream. It started off small but has grown rapidly in recent years. The U.S. now has enough installed wind capacity to power 25 million American homes. And we are doing this while building stronger rural communities, where over 99 percent all utility-scale wind capacity is located. The wind industry pays a quarter billion dollars a year in lease payments to farmers and ranchers, and local taxes to repave roads, pay teacher salaries, even build new schools.

Wind power is playing a growing role in American lives and contributing to an efficient, prosperous economy. U.S. wind projects built over the last decade represent over $143 billion of investment in some of the best infrastructure America has ever built. In 2016 alone, the U.S. wind industry invested more than the annual revenue of the National Football League.

Energy plays an extremely important role in our national security. The more we can diversify our energy mix, employ our own citizens, and keep our great country clean, the better off we will be. Wind energy is at the heart of what it takes to keep American strong and prosperous. I’m proud to support the red, white, and blue. And to me, that includes American wind energy. 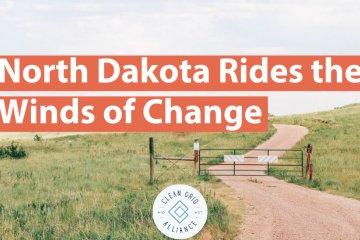