Clean Energy Could Create Tens of Thousands of Minnesota Jobs

A new report has found that Minnesota is a renewable energy leader. Today, there are over 180 Minnesota companies working in wind, solar, and energy storage industries, and employing over 8,700 workers. The report, produced by the Wind Energy Foundation’s A Renewable America campaign,  highlights the recent growth of two Minnesota companies, Ulteig, and Mortenson, and just how many additional jobs we can expect renewable energy to provide as it continues to grow.

Wind and solar energy are capturing an ever-increasing share of the U.S. electricity market and produce nearly 20% of the electricity generated in Minnesota. The installation and operational costs keep falling for wind, solar, and battery storage, and that means more are more job opportunities are coming for the state.

This is just the beginning. Solar installer and wind turbine technician are projected as the fastest-growing job categories through 2026. And a recent report by the Minneapolis-based McKnight Foundation found the state could create an additional 44,000 jobs in the wind and solar industries by 2050 by decarbonizing the Minnesota economy consistent with the goals out by the bipartisan Next Generation Energy Act of 2007.

There are many different types of jobs in Minnesota’s growing renewable economy – and they include a lot more than project developers, owners, and operators. The report has included two case studies below to showcase clean energy companies with a significant presence in Minnesota: Mortenson Company and Ulteig. Together, these two companies have added 1,600 staff that work on renewable energy development and construction over the last five years! Both companies expect to keep expanding as low-costs and consumer demand drive clean energy forward in the near future.

Ulteig is a design engineering, program management and technical and field services company founded in 1944 in North Dakota. It’s one of the 180 companies active in wind, solar, and energy storage in Minnesota and employs over 400 professionals across 10 offices. Ulteig designs and plans renewable energy projects and power systems. 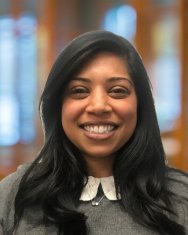 In the full report by WEF, there are several profiles that showcase some of Ulteig’s renewable energy professionals. Manisha Ghorai is a Senior Engineer for their Transmission and Development department who works on integrating renewable energy into the electric grid. Her current role includes conducting power system studies on renewables projects, looking at challenges on the transmission and distribution power grid, and ensuring power plants are successfully connected to the larger transmission system. 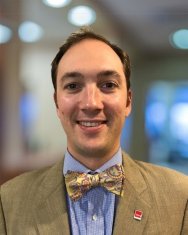 Andrew Melvin is a Technical Manager with over a decade of solar energy experience designing large-scale solar projects. Andrew works with solar developers and utility companies across the country who rely on Ulteig's expertise in renewables management.

Mortenson has added full-time, professional jobs to its renewable energy division for six years straight with significant growth over the past five years and currently employs 627 workers in its wind division and 884 employees on its solar team.

The report also includes two profiles of Mortenson’s renewable energy division. Jason Fields has been a Jack of all Trades during his 12 years at Mortenson. He started as a Field Manager and has transitioned to become a Senior Project Manager responsible for an entire renewable energy project’s execution. In Jason’s 10 years in field operations, he has contributed to almost 20 successful wind and solar projects. 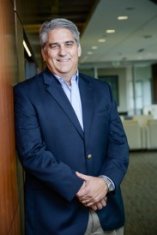 Tom O’Connell has spent over 20 years in the construction industry and joined Mortenson in 2006 as a Project Manager. Since then, Tom has become a Senior Design Phase Manager and is responsible for the administration and coordination of all phases of project activity. His specific duties include preconstruction planning, setting project objectives and scheduling, cost control, safety, contract administration, quality assurance and ensuring client satisfaction. In Tom’s 12 years at Mortenson, he has contributed to over 15 successful wind projects.