Clean air for all -- brought to you by wind energy 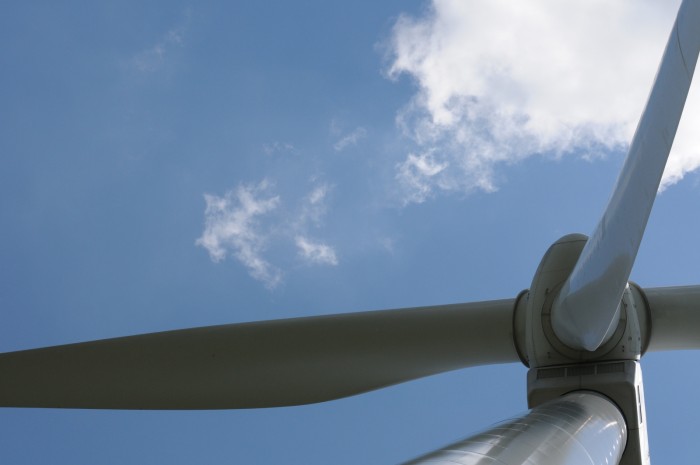 I’m lucky.  No one in my immediate family suffers from a chronic respiratory disease that makes breathing difficult, like asthma.  But I do know a lot of other people who suffer from such illnesses, and I bet you do, too.

Air quality affects everyone, but especially those with respiratory conditions, the elderly and children. That’s why it’s so alarming when air quality alerts are issued and even the healthiest people are urged to stay indoors.  Sadly, even in today’s modern world, with all our technological advances, poor air quality remains a problem – even here in the United States.

While wind energy currently makes up only about five percent of the power sector, this fuel-free generation emits no pollution. This lack of emissions is making a big impact — wind energy contributed $7.3 billion in public health savings in 2015 through the reduction in smog-causing sulfur dioxide and nitrogen oxides, which helps reduce asthma attacks and other respiratory illnesses. Just last year, wind cut 176,000 metric tons of sulfur dioxide and 106,000 metric tons of nitrogen oxide. Not only does wind help keep our air cleaner by reducing these pollutants; it also helps keep skies clear by eliminating smog.

Cutting carbon pollution is another big way wind power results in cleaner air. It may be surprising to some, but the power sector – not transportation – is the largest source of carbon emissions in the United States. Wind energy reduced carbon dioxide emissions by approximately 132 million metric tons last year. That’s the equivalent of taking 28 million cars off the road, or eliminating all power sector carbon dioxide emissions in Kansas, Nebraska, Oklahoma, and Colorado last year. Through 2050, wind power could avoid $400 billion in climate change damages by continuing to cut carbon pollution.

The good news is there are more reductions to come.  Currently, there are 9,400 megawatts of wind power capacity under construction.  Once those projects are operational, we can expect a further reduction of 23 million metric tons of CO2 emissions every year, and the overall power sector CO2 emissions will decline an additional one percent.

As more wind power enters the electrical system, it will continue to displace generation from power plants that use traditional fossil fuel sources, thereby reducing greenhouse gas emissions and other air pollutants from entering our atmosphere. Just imagine how much of an impact wind energy can make in reducing air pollution when we achieve the Department of Energy’s Wind Vision goal of 20 percent wind energy by 2030, and 35 percent by 2050.

Advocating for more wind development in the United States should not, and must not, be a political debate.  The bottom line is that wind energy is the low-cost leader in new electricity generation resources; it creates thousands of good, family-supporting jobs in fields like construction, engineering, manufacturing, and operations and maintenance; it injects new sources of revenue for small, often-struggling rural communities to pay for infrastructure and other needs, especially when state governments are cutting local government aid; and, it helps keep our air and water clean because there are no emissions from the operation of the turbines.

Let’s unite and make clean air a priority, and embrace wind and other renewable energy resources to make it happen.  Our friends and families, and generations to come, will thank us.