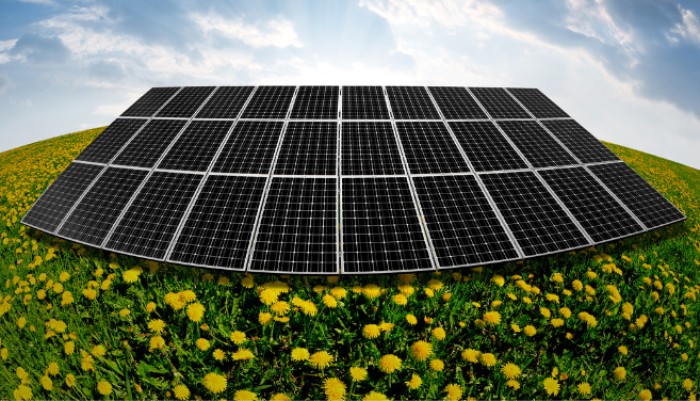 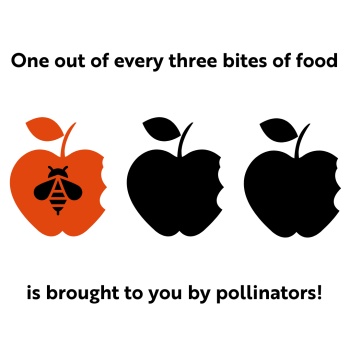 According to the Pollinator Partnership, one out of every three bites of food that you take is brought to you by pollinators such as bees, birds, butterflies, bats, beetles, moths, wasps, flies, and small mammals. Unfortunately, pollinator populations are rapidly declining due to loss of habitat, pollution, climate change, and the misuse of chemicals. This is why preserving and protecting the natural habitats of pollinators is more important than ever.

When the solar industry first took off in the United States, solar projects were mainly installed in the southwest desert on gravel or monocrop lawn grass and there was little concern for the land that the projects were being built on. That changed when solar projects started being installed in rural areas of the Midwest, home to a bounty of prime farmland. The United States Department of Agriculture defines prime farmland as "land that has the best combination of physical and chemical characteristics for producing food, feed, forage, fiber and oilseed crops, and is also available for these uses." According to the Office of Energy Efficiency & Renewable Energy, prime farmland is also a prime location for solar installations because of the flat, previously tilled land.

There is much debate over using prime farmland for solar farms instead of food production. However, land has been used for energy production since the start of the ethanol industry in the 1970s. Over time, cropland has also been used for non-food things like: rural transport, and urban sprawl. 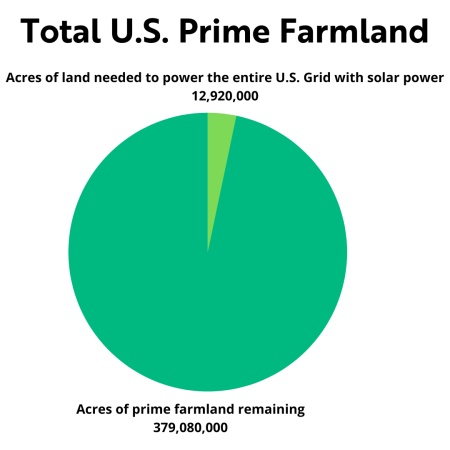 Fortunately, there is plenty of land to go around, and technology is making solar projects more efficient at capturing energy. For example, we could power the U.S. grid using a maximum of only 3.3% (12,920,000 acres) of all U.S. cropland, leaving 379,080,000 acres available for farming and other needs. With an already diverse electric grid, and the benefits such diversity provides, powering all our electricity needs entirely with solar is not likely to happen.

Furthermore, land that is used for "urban sprawl" generally cannot be converted back to the prime farmland that it once was. According to American Farmland Trust, between 2001 and 2016, 11 million acres of prime farmland were converted into urban and highly-developed land use or low-density residential land use. That is equal to 2,000 acres of land being permanently developed each day, nearly the entire amount of land that would be needed to power the U.S. grid exclusively with solar. Though we would not need to do so on a scale that large, solar installations are a far more desirable form of development in rural areas than paving and housing. At the end of a solar farm's life cycle, the solar panels can be removed and the land can once again be used for farming, making solar and agriculture great partners.

As solar energy costs have declined in recent years, more and more solar projects are being planned and built. With land being used in new ways, attention is turning to discovering ways that solar and agriculture can be better partners, thereby leading to healthier outcomes – for the farmer and the landowner. One new way to help protect and rebuild pollinator habitats is to leverage the ground below solar panels by planting pollinator-friendly vegetation. According to the Center for Pollinators in Energy, deep-rooted native flowers and grasses planted on solar sites can build topsoil, capture and filter storm water, and provide healthy food for bees and insects that provide services to food and agricultural crops. Pairing beehives or beekeeping operations with native plants and flowers can also enhance the productivity of the land.

Today, vegetation is a key consideration in the planning, development and implementation of solar projects. The U.S. Department of Energy Office of Energy Efficiency and Renewable Energy has determined that there are multiple benefits of co-locating solar panels with vegetation and crops for both developers and landowners.

Developers benefit from reduced installation costs because there is no need to flatten the previously tilled land before installing solar panels. Additionally, developers will often see an increase in the performance of the solar panels when vegetation has been added beneath them. This is because vegetation can contribute to keeping the soil under solar panels cool, which improves their effectiveness.

Co-locating solar panels and crops or vegetation also has significant benefits for land-owners. Land-owners are able to diversify their revenue stream with a drought resistant source of income to supplement revenue from their crops. Land-owners would be able to further diversify and enter new markets by installing high-value, shade resistant crops underneath the solar panels, such as leafy greens, herbs, beans, and root vegetables. This gives land-owners the ability to maintain crop production during solar generation and creates the potential to extend growing seasons for certain crops.

The benefits of solar in agriculture keep coming as land-owners can use their sheep or other small farm animals for grazing underneath the solar panels to control vegetation and reduce the need for mowing, herbicides, and other vegetation management. Using small farm animals for grazing instead of mowing can help produce healthier soil, improve water storage and filtration, reduce erosion, sequester carbon, and preserve the natural habitats of pollinators.

It's a fact. Solar and pollinators are great partners!