From the windy plains to the "Windy City" 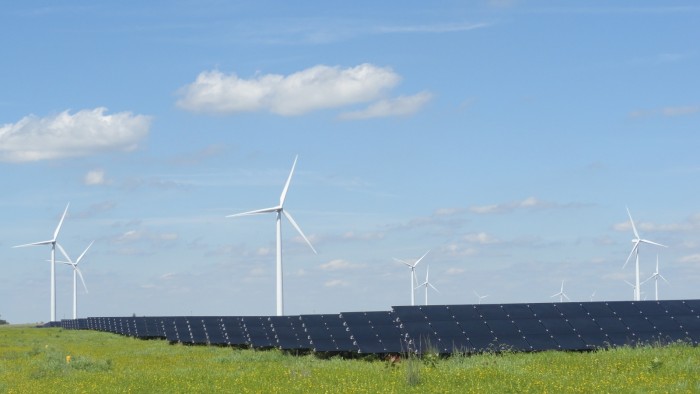 Illinois is a national leader in the wind power industry

Illinois built its first wind farm in just 2003 and today the Land of Lincoln is home to more than 3800 megawatts of wind generation, enough to power over one million homes. Existing wind development makes Illinois the nation’s #5 state for installed wind generation, and more wind companies have US or global headquarters in Illinois than any other state.

Costs for wind generation have fallen precipitously in the past decade; more than 66% reduction from the cost in 2009. This single factor has led more utilities and businesses to invest in wind energy nationwide, and wind is now the nation’s fastest-growing energy source.

Three key factors have contributed to Illinois’ leadership position: resource, infrastructure and policy. The state has moderate-to-strong wind resources. Our winds may not be as strong as states like Texas or the Dakotas, but our wind resources can be harnessed effectively and profitably.

But a great resource is irrelevant if the power can’t reach users. Thankfully, Illinois has robust electric transmission infrastructure, and this is our second major growth driver. Many of the high-voltage transmission lines in Central and Northern Illinois are connected to the PJM electric grid, a vast, interconnected group of utilities supplying power to over 50 million people in 13 Midwest and East Coast states. Illinois’ wind resources are stronger than those other states, meaning generators here can export power to buyers in the East.

The third driver is supportive government policy. Like most states, Illinois has a “Renewable Portfolio Standard” that requires utilities to purchase an increasing amount of wind and other clean energy sources. That law helped put hundreds of megawatts of wind generation on the market since it was enacted in 2007, but technical flaws in the law have hindered growth. A bipartisan group of state legislators are now backing the Illinois Clean Jobs Bill to fix these technical problems, but the bill has been caught up in the larger battles in the Statehouse.

The Peoria-area is at the epicenter of wind development in Illinois. Hundreds of wind turbines tower over corn and soybean fields within an hour drive of the city, providing an export commodity to other parts of the nation. The closest wind farm is the 100-megawatt Railsplitter project, located between Morton and Lincoln, and of course named for the former President. The power from that project is sold to a group of municipal utilities in Indiana.

As the industry grows, area universities are preparing students for these new opportunities. In Normal, the Center for Renewable Energy at Illinois State hosts the nation’s first bachelors’ program in renewable energy. Researchers at Western Illinois University are also studying wind energy technology and benefits for rural areas, while Richland, Sauk Valley, and Highland Community Colleges have all instituted wind turbine technician programs.

Illinois’ has already benefitted from this recent explosion in wind development, with wind farms bringing millions of dollars into our communities. According to a July 2016 study by Dr. David Loomis at Illinois State University, the state’s existing wind farms will bring over $6.4 billion dollars in new economic benefit over the next 25 years. This includes $30.4 million in new property taxes, $13.86 million in new income to landowners who lease land to wind farms, as well as the creation of over 20,000 construction jobs and nearly 900 operations & maintenances jobs.

Windpower enjoys bipartisan support in Illinois because wind creates benefits across the state. Businesses from Chicago to Peoria are working in the wind supply chain, and rural areas like Livingston and Bureau Counties are seeing massive investments in new wind farms. All this means jobs and economic growth for a state where both are in short supply.

And best of all, wind power is saving businesses and individuals millions on their electric bills. A 2011 study by the Illinois Power Agency found that renewable energy generation has reduced wholesale electric prices by $177 million per year, and that was when Illinois had far less wind generation.

The nation’s largest corporations are taking notice of wind’s benefits. Across the country, companies are making real investments in renewables because it makes business sense.

Electricity can be among the largest expenses for a large, industrial power user, and fluctuations in power prices can cause unexpected financial difficulty. But because wind has no fuel cost, a wind farm can sell power to a user at a fixed rate for upwards of 20 years. No other generator can offer such price stability. For buyers, a long-term power-purchase agreement with a wind farm can mean a significant hedge against rising energy prices.

Illinois is at the forefront of this trend. In 2014, Microsoft inked a deal to buy windpower for its Chicago-area data center from the Pilot Hill wind project near Kankakee. In Vermillion County, furniture retailer actually purchased a wind farm near Hoopeston, which it is now using to power its stores in the US.

These projects are unique because they are long-term investments of hundreds of millions of dollars. It’s hard to discard these actions as greenwashing or PR. Wind just makes business sense!

The Future is Bright

Of course, no industry is without its challenges. The energy sector is changing rapidly, and the wind industry must continue to innovate or risk losing to competition from cheap solar or natural gas. Siting is also an issue, and many communities in Illinois have seen brutal battles for local wind farm permits.

But despite the difficulties, the wind sector is strong and growing in Illinois. And while this renewable energy source is not the whole answer to our energy problems, power can be safely and reliably integrated into our existing energy mix. With smart planning and stable policy, we can ensure windpower is part of a robust economy and a smarter, cleaner energy future.

This article was written for and first appeared in Peoria Magazine, InterBusiness Issues, October 2016.

Kevin Borgia covers Illinois' state policy and membership development for Clean Grid Alliance. You can reach him via email at kborgia@cleangridalliance.org. Follow him on Twitter @KevinCBorgia.