With the 2016 election at the forefront of our media and our politicians divided over important issues such as the economy, national security, the justice system and so much more, it’s gratifying to find one thing parties from both sides of the aisle can agree on: wind energy.

Wind power has bipartisan support from governors, members of Congress, and elected officials at every level. That shouldn’t be surprising, since a whopping 90 percent of likely voters favor “expanding wind power,” a sentiment that increased 12 points from 2012. Legislative backing for wind power stems directly from voters themselves: 73 percent of adults say that the U.S. government should “emphasize the development of alternative energy such as wind and solar power,” according to a recent Gallup poll. Lawmakers can rest assured knowing policies that support wind energy are looked upon favorably by constituents back home.

This support is truly bipartisan: 81 percent of self-described conservatives favor “expanding wind power,” up 24 points from 57 percent in 2012. That makes sense, since 86 percent of wind farms are in Republican districts, many conservative voters have firsthand knowledge of the benefits a wind farm can bring to a community.

Across the country, 88,000 Americans work in the wind industry, including 21,000 manufacturing jobs, and wind turbine technician is the country’s fastest growing job, expected to increase by 108 percent over the next 10 years. Meanwhile, wind projects have attracted $128 billion of private investment into the U.S. economy over the last decade. These are numbers all Americans can get behind.

One of the many advantages of investing in wind power is that Americans can look forward to lower monthly electric bills — through 2050 wind could save consumers $149 billion. Since wind doesn’t have a fuel price like natural gas or coal that can fluctuate drastically based on market conditions, utilities use wind power to stabilize electricity costs and pass savings on to customers. In fact, utilities have become vocal in their support for wind energy.

“The addition of cost-effective renewables … provide significant savings in power supply costs for customers,” Xcel Energy recently said. Xcel has explained it’s using wind power as a hedge to reduce the risk of unknown future natural gas prices, so customers will not be locked in to paying higher rates. Many utilities know that their customers want more renewable energy and will benefit from reliable, low-cost wind power. Our legislators are supporting this fact as well.

Last December, Congress voted to phase out the Production Tax Credit (PTC) for wind energy by 2019 and the Investment Tax Credit (ITC) by 2023.  As the wind industry has matured, the price of generating electricity from wind has fallen dramatically – 66 percent over six years. This phase-out means that wind power is “on-sale” now. Wind developers and utilities are using this opportunity to double-down on their wind energy investments, allowing more low-cost, reliable clean energy to flow to customer’s homes.

Iowa Governor Terry Branstad (R) has said “every wind turbine that you see, as you travel across Iowa, means income to the farmer whose land it’s on, revenue to the local governments in the county that it’s located, and jobs for families that work to produce the towers, the turbines, and the blades.”

While Federal support in the form of the PTC is important to level the playing field and continue growing wind power, state and local policies and adequate transmission infrastructure are crucial to deliver wind energy and its benefits to more Americans.

It is no coincidence states like Texas and Iowa, the leaders in installed wind capacity, have strong support from their elected officials. They can help ensure there is also adequate transmission infrastructure to carry wind energy from the best wind-resource areas to cities and towns where it’s needed to light and heat homes and businesses. However, without additional transmission lines, wind energy will be all charged up with nowhere to go.

America has only scratched the surface of the power wind energy can provide. The Wind Vision reportissued last year by the Department of Energy forecasts that wind is capable of supplying 35 percent of the nation’s electricity by 2050, with billions of savings flowing to consumers, millions in property tax revenue flowing to rural communities, and an estimated 142,000 manufacturing jobs nationwide by 2030.  That’s on top of environmental benefits like carbon pollution reductions and water savings. Supportive policies and more transmission lines to carry wind-generated electricity will go a long way toward fully realizing wind’s potential.  Decision-makers need only look to their constituents, who know a good deal when they see it. 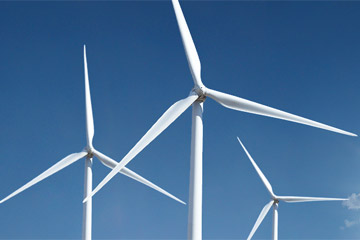 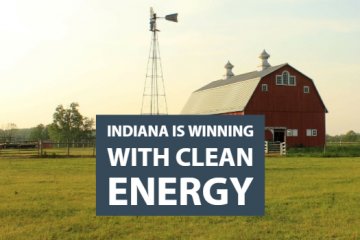