It goes without saying that no human activity is completely devoid of potential impact on the environment. However, studies consistently show that wind energy is much less harmful to wildlife than the traditional energy sources it displaces. In fact, not only is wind energy one of the most cost-effective and environmentally-friendly ways to generate electricity, but it is supported by The Audubon Society, the National Wildlife Federation, and the World Wildlife Fund.

The wind industry is committed to mitigating, if not eliminating, avian mortalities and works alongside the American Wind Wildlife Institute and the Bats and Wind Energy Cooperative in the latest technological and siting mitigation procedures, such as acoustic deterrents and potential mitigation through changes in operations. Wind energy is also held to a strict standard by the U.S. Fish and Wildlife Service.

Eagle populations have never been, and are not now, at risk from wind power. The USFWS eagle permit program encourages conservation of eagles and address all human causes of eagle loss. They issue a permit for applicants to agree to specific measures to reduce mortalities as much as possible, and the USFWS issues these same permits to the oil and gas industry, farming and ranching, mining, utilities, transportation, and others. Since 2009, over 400 permits have been issued under this program. Three permits (less than one percent) have been issued to wind companies. Additionally, upgrades to outdated equipment with modern turbines have already reduced golden eagle impacts by 80 percent. Wind energy has the lowest impacts on birds, wildlife, and habitats of any large-scale source of generating electricity.

The National Renewable Energy Laboratory with the Department of Energy has partnered with the wind industry to study new ways to mitigate avian mortalities. The team worked with Laufer wind and RES Americas to test detection systems on turbines that detect when a bird is flying nearby with enough time for the turbine blades to stop spinning and prevent a collision. This new radar system is the latest in the wind industry’s decade-long track record of mitigating wildlife impacts.

Wind energy is an environmentally-friendly way to generate electricity because it does not emit air or water pollution, does not require mining or drilling for fuel, uses virtually no water in the generation of electricity, and creates no hazardous or radioactive waste that requires permanent storage. When you compare wind energy to other sources of electricity generation, it’s a clear wind on both cost and its effect on the environment.

Want to learn more about wind energy and bird and bat populations? Check out this fact sheet on the topic and our FAQ section to learn more. 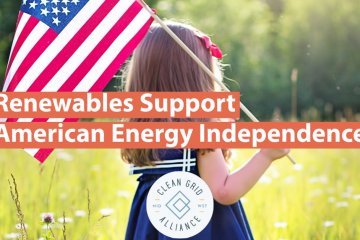 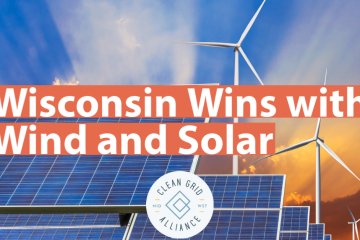